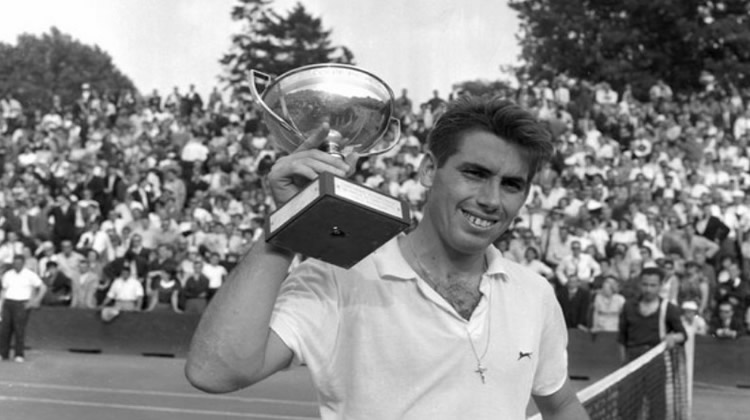 Tennis legend Manuel Santana, the first Spanish Wimbledon champion, died Saturday at the age of 83, the Madrid Masters, tournament of which he was honorary president, announced. “Thank you a thousand times for what you have done for our country and for having opened the way for so many people. You have always been a point of reference, a friend and a person very close to everyone,” tweeted Rafael Nadal, the only other Spanish man to win Wimbledon. “We will miss you.”

“His love for the club inspired him to win Wimbledon in 1966 in the Real Madrid shirt, making him the first Spanish tennis player to win this Grand Slam,” wrote the club on their website.

He also won the gold medal in singles and the silver in doubles in Mexico City in 1968, where tennis was included as a demonstration event.

The president of the Spanish government Pedro Sanchez lamented the loss of a “legend”.

Spanish media reported that Santana suffered from Parkinson’s disease and had been living in Marbella, on the Mediterranean coast.