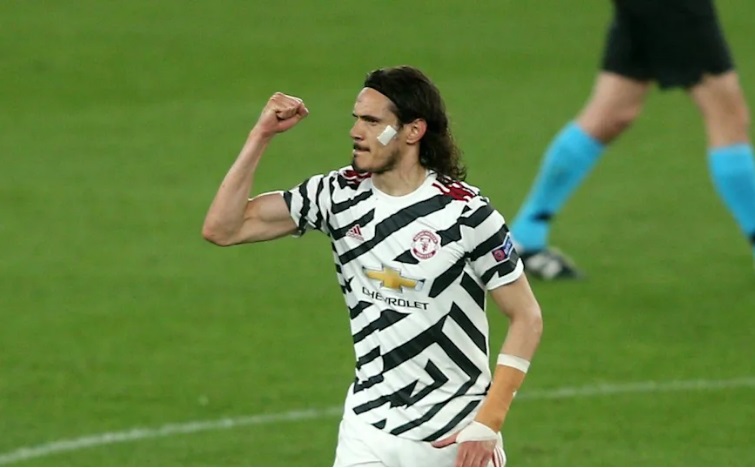 United will face Villarreal in the final in Gdansk on May 26 after the Spaniards beat Arsenal 2-1 on aggregate.

Ole Gunnar Solskjaer reached a major final as Manchester United manager for the first time after a 3-2 defeat to AS Roma at the Stadio Olimpico was enough to earn his side an 8-5 aggregate win in the Europa League semi-finals on Thursday.

United will face Villarreal in the final in Gdansk on May 26 after the Spaniards beat Arsenal 2-1 on aggregate.

Solskjaer had lost his last four semi-finals during his Old Trafford reign and despite Thursday’s defeat in Rome, the Norwegian’s side progressed comfortably thanks to last week’s commanding 6-2 first leg win.

“It’s a great achievement to get to the final. We didn’t win the game and that’s disappointing but we did the hard work in the first leg,” United captain Harry Maguire told BT Sport.

“We started the game a bit edgy. It was end-to-end like basketball and we gave them too many chances in second half. Now we’ve got to go to the final and win it.”

Edinson Cavani fired home a powerful finish after 39 minutes to open the scoring, but Roma found the net twice in the space of three second-half minutes through Edin Dzeko and Bryan Cristante to turn the game on its head.

United had goalkeeper David de Gea to thank for not going further behind as the Spaniard produced a string of superb saves.

Cavani headed the visitor’s level but 19-year-old debutant Nicola Zalewski’s shot took a big deflection off Alex Telles to beat De Gea as Roma secured the win on the night — but it was United who was left celebrating at the final whistle.

“We had some great European nights this season, with some big wins. It’s a pity for that second half in Manchester,” Roma midfielder Bryan Cristante told UEFA.

“Tonight we still had a few goals to score, but we exit the competition with our heads held high.”

Solskjaer’s team had tripped up in the semi-finals of two League Cups, the FA Cup and the Europa League since he succeeded Jose Mourinho in December 2018, but another exit never looked likely in the Italian capital.

Earlier this week Mourinho, who led United to their last trophy by winning the Europa League in 2017, was surprisingly named as Roma’s new coach from next season.

Hence the hosts started like a team with a point to prove.

De Gea superbly denied Gianluca Mancini from point-blank range, Henrikh Mkhitaryan headed into the side-netting and Dzeko drew another smart save from the Spanish goalkeeper.

But United grew into the game and came close when a clever Cavani lob clipped the top of the bar before a powerful shot from the Uruguayan was saved by Antonio Mirante.

The visitors took the lead soon after when a Fred pass sent Cavani racing through on goal to fire home.

Roma drew level in the 57th minute when Dzeko headed in from close range, and Paulo Fonseca’s side quickly completed the comeback when Cristante scored from the edge of the area three minutes later.

De Gea produced a superb double save on a Dzeko header and Pedro shot, before blocking a Mkhitaryan effort from point-blank range.

United survived the onslaught and drew level after 68 minutes when Cavani headed home a Bruno Fernandes cross, but Roma soon threatened again as Mkhitaryan’s shot thumped the foot of the post.

Substitute Zalewski made an immediate impact when his volley caused the Roma winner on the 83rd minute, but it went down as a Telles own goal after taking a heavy deflection.