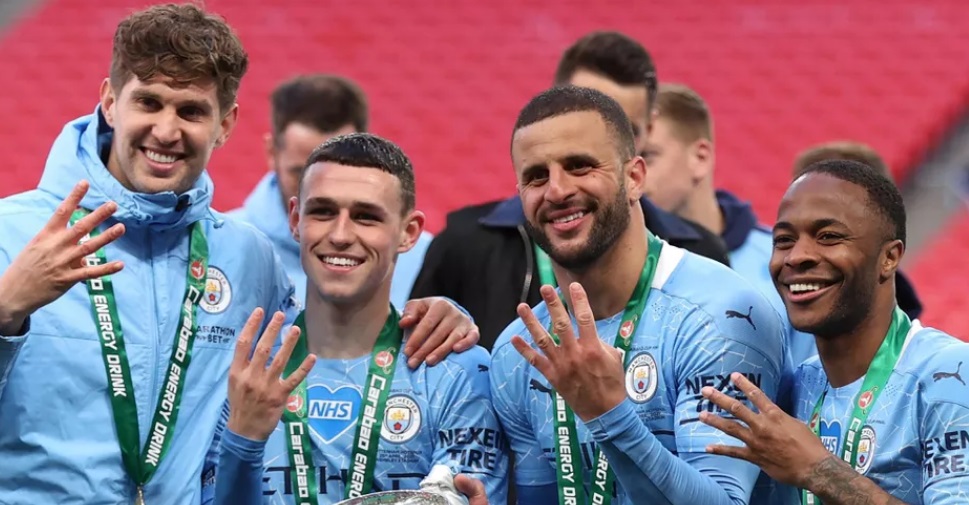 Manchester City defender Kyle Walker shared a screenshot of racist abuse he received on social media following Sunday’s 1-0 win over Tottenham Hotspur in the League Cup final and asked, “When is this going to stop?”

The England international, who played the full 90 minutes as City claimed a record-equalling fourth successive League Cup triumph, posted pictures on Instagram celebrating their victory before adding a screenshot of the abuse.

“When is this going to stop?” Walker added and tagged the social media firm.

A host of players at Premier League clubs have been targeted in the past few months, including Manchester United’s Anthony Martial and Marcus Rashford, Liverpool’s Trent-Alexander Arnold and Sadio Mane, and Chelsea’s Reece James.

The abuse suffered by Walker comes a day after England’s football authorities joined forces to announce a social media boycott in response to continued online racist abuse of players.

In February, English football bodies sent an open letter to Facebook and Twitter, urging blocking and swift takedowns of offensive posts, as well as an improved verification process for users.

Instagram has announced new measures and Twitter vowed to continue its efforts after taking action on over 700 cases of abuse related to soccer in Britain in 2019.