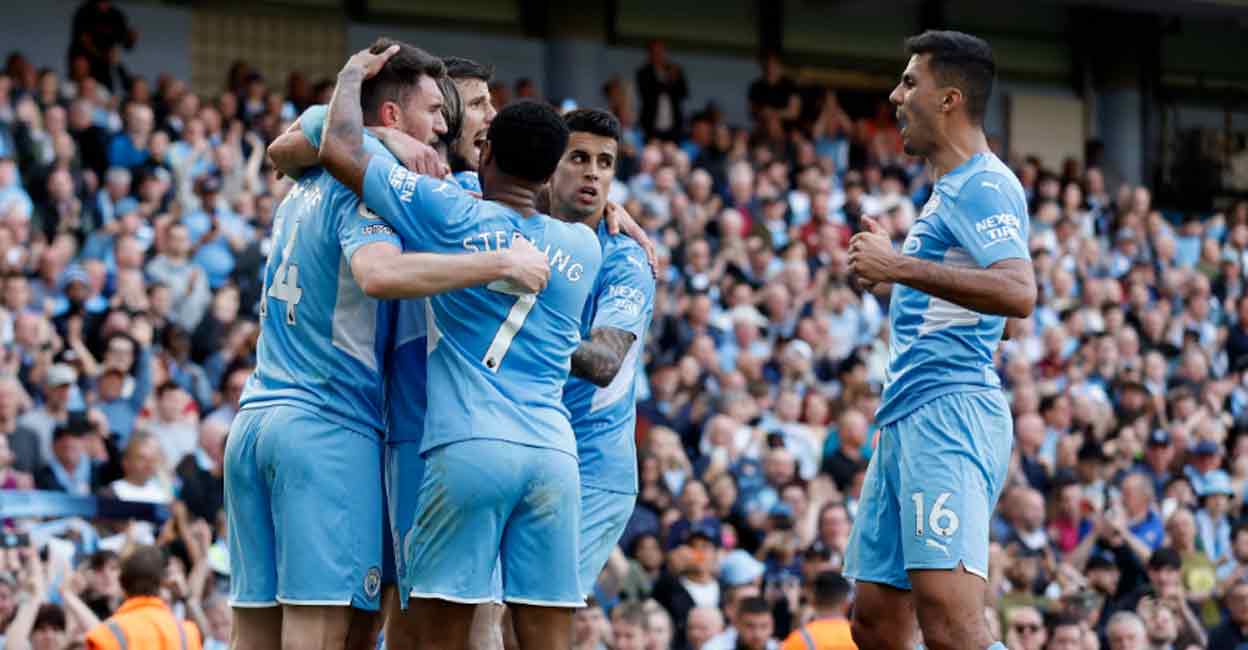 Manchester City reclaimed top spot in the Premier League with a 5-0 drubbing of Newcastle United that allowed the reigning champion to open up a three-point lead over Liverpool at the Etihad Stadium on Sunday.

Raheem Sterling scored twice for the host with Aymeric Laporte, Rodri and Phil Foden also on target as it shrugged off the bitter disappointment of its Champions League semi-final defeat by Real Madrid.

Sterling eased any early jitters with a header and Laporte’s tap-in gave City full control before the interval.

Rodri headed City’s third from a corner after the break and Foden swept in his side’s fourth before Sterling struck again in stoppage time as City took emphatic advantage of Liverpool’s 1-1 draw with Tottenham Hotspur the previous day.

Newcastle’s Chris Wood spurned a great chance to give his side an early lead but the visitor was no match for City which took an important step towards a fourth title in five seasons.

City has 86 points to Liverpool’s 83 with both sides having three games remaining and City now has a superior goal difference. Liverpool faces Aston Villa on Tuesday with City up against Wolverhampton Wanderers a day later.