Man City show another way to dominate the Premier League 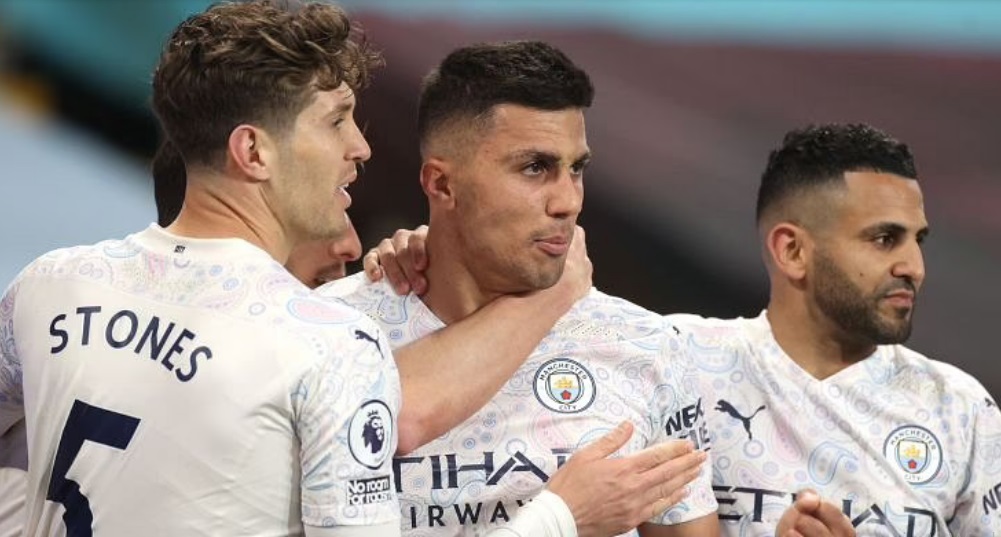 This time, the scale of the City’s dominance hasn’t been as high. After failing to challenge Liverpool in the title race last season, there were murmurs that the Spaniard had lost his golden touch.

By the time Pep Guardiola doffed an imaginary hat at Sergio Aguero after the Argentine’s stunning second-half goal against Crystal Palace at Selhurst Park on Saturday, Manchester City already had one hand on the Premier League title. The win took City to the verge of their fifth title in 10 years, and seventh overall

As Manchester United prepared to take on bitter rivals Liverpool at Old Trafford on Sunday knowing a loss would hand the title to City, the blue half of Manchester was already getting ready to shift its attention to the next big challenge—Paris Saint-Germain in the Champions League semi-final second leg in the midweek.

However, United’s match against Liverpool was postponed on Sunday after a large number of the club’s supporters stormed the ground at Old Trafford to register their protest against the owners, the Glazer family. The fans are seeking the ouster of the club owners following their recent attempt to join the breakaway European Super League.

For City, this isn’t the first time they are cruising to a league title with weeks to spare. In 2017-18, United under Jose Mourinho could do little to prevent City from running away with the Premier League crown. Guardiola’s side accumulated 100 points that season.

This time, the scale of the City’s dominance hasn’t been as high. After failing to challenge Liverpool in the title race last season, there were murmurs that the Spaniard had lost his golden touch. A poor start to this season didn’t help; it seemed City would again be playing catch-up as Liverpool dominated the league.

The league hadn’t reached the halfway mark when fortunes changed. City started winning games on the trot, Liverpool, with influential defender Virgil van Dyk injured, slipped. Man United too improved from their poor start to take the top spot in the standings midway through the season. But such was City’s dominance that United’s improved form did little to prevent their city rivals from blowing the competition out of the park. The city was ninth in the standings, with 23 points from 13 games when they began a 13-game winning run.

By the time United halted their streak in early March, City already had the cushion and could afford to drop a few points. They have only dropped three points since—a freakish 1-2 loss to 10-man Leeds United—and have won the League Cup and taken a step closer to the Champions League final with a 2-1 lead away in the first leg.

Perhaps the biggest reason for City’s dominance is how Guardiola has adapted to player injuries or illnesses. At different points in the season, City has missed Gabriel Jesus, Sergio Aguero, Kevin De Bruyne, and Nathan Ake, among others.

Ake was expected to play a big part in City’s season but has managed just 617 minutes in the league after a hamstring injury. Guardiola was already preparing for life without Aguero, perhaps knowing well in advance that the Argentine striker would leave at the end of the season. The club’s greatest forward has played only a bit-part role this season.

Having a deeper squad than their rivals has helped City’s cause. “Four (teams can win the Premier League): Manchester City, Tottenham, Liverpool, and the City B team. When I looked at the (City) bench, the players not involved, I think even the B team could fight for the title,” Mourinho had said as a Sky Sports pundit at the start of the 2019-20 season. While City couldn’t match Liverpool last season, their squad depth has come to make a difference this time.

That has meant John Stones has stepped up when Aymeric Laporte wasn’t available or Ruben Dias needed a rest; Joao Cancelo, Kyle Walker, Oleksandr Zinchenko, and Benjamin Mendy have all been used in different situations in the full-back role and key midfielders like Ilkay Gundogan have been amply rested as Guardiola has frequently rotated his squad.

The changing role of Gundogan in particular is an illustration of the tactical flexibility of Guardiola and his players. When De Bruyne was ruled out for a few weeks because of injury, it seemed City’s winning spell would hit a roadblock. It didn’t because Guardiola adapted.

Moving the full-backs forward to support a holding midfielder like Rodri, the Catalan manager made sure there would be enough cover for Gundogan to play in a more advanced role and support the likes of Bernardo Silva and Phil Foden going forward. Gundogan enjoyed a goal-scoring run midway through the campaign. Freed of his deep-lying role, he exploited space upfront, like Frank Lampard in his heyday, to score. When De Bruyne returned, he dropped back. Similarly, Raheem Sterling, Bernardo, even De Bruyne on a few occasions, have been tasked with taking up the false nine roles when City has missed their strikers. So well has his side managed without strikers at times that Guardiola went without one in the Champions League semi-final first leg against PSG. Having players exploit spaces from the flanks, like Riyad Mahrez and Ferran Torres, has also been key to City’s tactical flexibility.

Goalkeeper Ederson has been at the heart of the City’s build-up play, possessing the passing range of a deep-lying playmaker and often making passes that break opposition lines. Many may find the Brazilian goalkeeper’s reflexes as good as the average Premier League custodian but what really makes Ederson extraordinary is his talent with the ball, a trait that is absolutely necessary for any No. 1 in a Guardiola side.

There is a reason City has managed to compete in four competitions this season, although they lost the FA Cup semis to Chelsea.

City has invested hundreds of millions of pounds to assemble this squad, though it is Guardiola’s genius that has enabled them to dominate the league for the most part of the past four seasons.

“We can start to think about it and put it in the fridge. The Premier League is already there, it is in our hands,” Guardiola declared on Saturday after the win over Crystal Palace.

His focus will now be on PSG as he looks to add to the two Champions League titles he won with Barcelona. “It’s (league title) in our hands and now we will give everything to beat PSG.”