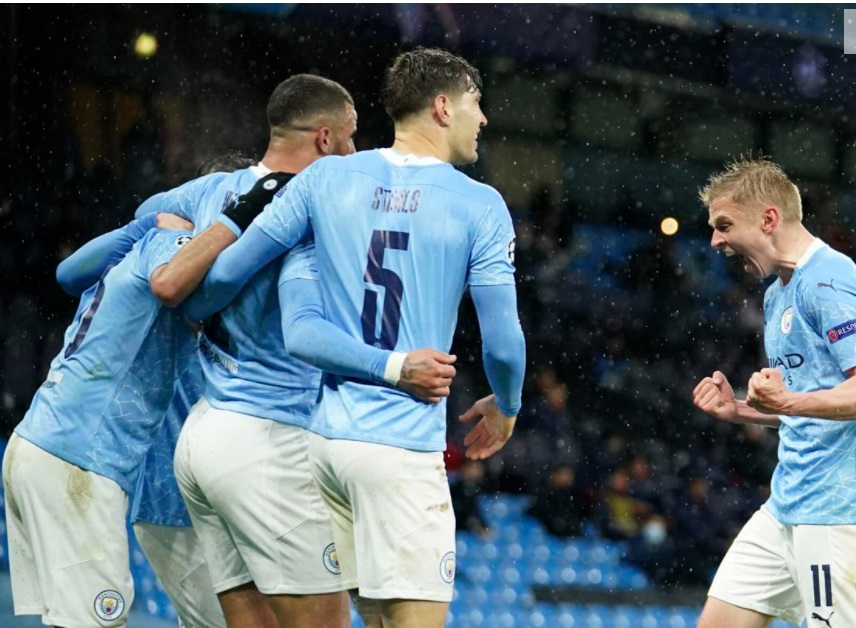 Manchester City beat PSG 2-0 on the night and 4-1 on aggregate in the semifinals to reach the UEFA Champions League final for the first time.

After beginning City’s fightback in Paris last week, Mahrez took only 11 minutes to score in the semifinal second leg when he put the ball through the legs of goalkeeper Keylor Navas on a field covered in the remnants of a spring hailstorm.

The Paris-born forward completed a counterattack in the 63rd that began with a surging run with Phil Foden and a combination with Kevin De Bruyne.

PSG lost it’s cool and composure, finishing the game with 10 men just like in the first leg after Angel Di Maria was sent off with 20 minutes to go for kicking at Fernandinho.

PSG missed out on a second shot at lifting a first European Cup after losing last season’s final to Bayern Munich. The city could contest an all-English final if Chelsea overcomes Real Madrid on Wednesday after drawing the first leg 1-1.

It’s not just City that’s endured frustration in its quest to win the biggest prize in European football. Pep Guardiola, a Champions League winner as Barcelona coach in 2009 and 2011, has been waiting a decade to return to the final. He fell short three times with Bayern Munich and has taken until his fifth season at City to even reach the semifinals.

City, transformed since 2008 by Abu Dhabi investment, is now accustomed to glory — sitting on the brink of its third Premier League title in four seasons after already collecting the League Cup last month. But its only continental title came in 1970 with the now-defunct European Cup Winners’ Cup.

Moreover, Guardiola, who won the elusive title twice with Spanish giants Barcelona, has made it to the final for the first time since 2011.