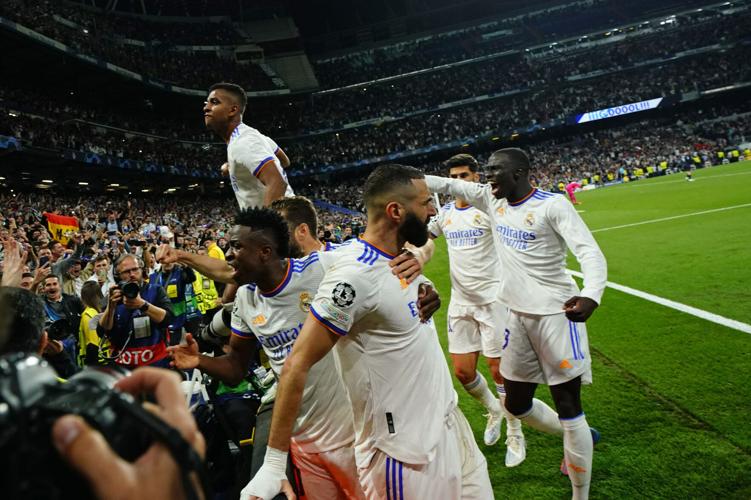 Real Madrid begins its countdown to the Champions League final against Liverpool by facing Atletico Madrid in a capital derby in the Spanish league.

Carlo Ancelotti’s Madrid has mostly pride to play for on Sunday after it clinched the domestic league title in the last round.

Madrid has four league games remaining and the veteran Italian coach must perform the delicate balancing act of keeping his team in top competitive form while hoping to avoid any injuries to first-choice players in the run-up to the Champions League final on May 28 in Paris.

When the league title was still on the line last weekend against Espanyol, Ancelotti started several bench players like rarely used striker Mariano Diaz and defender Jesus Vallejo. Madrid had no problem routing Espanyol 4-0 to wrap up a record-extending 35th league title.

Madrid’s fans are still savouring their team’s dramatic 3-1 comeback win over Manchester City in the semifinals of the Champions League on Wednesday to win 6-5 overall. Rodrygo, a 21-year-old forward, emerged as the team’s saviour with two goals in the final minutes to force extra time and give Karim Benzema the chance to earn and convert the winning penalty.

“In this shirt we learn to always fight until the end and that’s the way it was,” Rodrygo said after he etched his name into Madrid’s long history of comebacks, including three straight in the Champions League this season against Paris Saint-Germain, Chelsea and now City.

“From right now, we turn our attention to Liverpool,” Rodrygo said, with Madrid using its league games “to prepare for the final.”

It’s not known if Atletico’s players will welcome Madrid with an honour guard for the new league champions before kickoff.

Atletico does have something to play for beyond the pleasure of beating its rival. Diego Simeone’s side remains in a fight to guarantee a top-four finish to ensure it stays in the Champions League next season.

Atletico, which never mounted a convincing league title defense this campaign, has only won once in the last four rounds. That slump has let Real Betis get close at just three points back in fifth place.

Barcelona and Sevilla will hope to solidify their Champions League berths.

Second-place Barcelona has a tough match at Betis on Saturday. Coach Xavi Hernandez will be without defender Gerard Pique after he injured his left thigh in its last game, a 2-1 win over Mallorca.

Third-place Sevilla has a difficult outing at Villarreal on Sunday. It will be Villarreal’s first match since it was eliminated from the Champions League by Liverpool. Unai Emery’s side is in the fight for a Europa League spot, a competition it won in 2021.