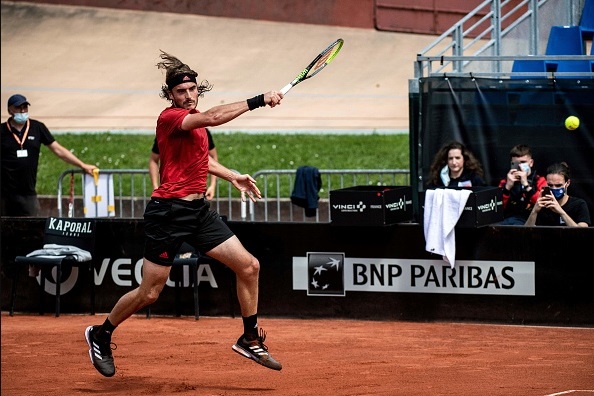 “I felt in good shape from the beginning of the tournament. I am proud of today’s match, I knew it would be a difficult one against Cameron who has been showing great tennis this week,” Tsitsipas said on court.

“He has been winning against good players and showing what the left hand can do on clay. It was not an easy match today, I had to handle the nerves and I am proud of my performance and the way I stayed focussed towards my goal,” he added.

When it comes to the Lyon Open 2021, Both Tsitsipas and Norrie faced off each other for the first time in their career.

Tsistispas is going through a purple patch on the clay court this season. Tsistispas will aim to dominate the upcoming French Open 2021.

“It is about getting there as early possible, starting to practise and getting in shape for the big Parisian Grand Slam, which I adore and love and hopefully something good can come from it,” Tsitsipas said.