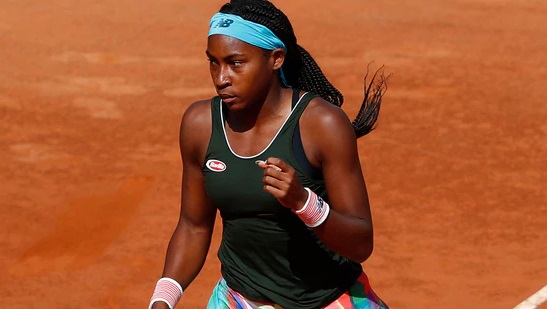 Coco Gauff has already made the fourth rounds of the Australian Open and the Wimbledon in her nascent career and this week she will be seeded at a Grand Slam for the first time.American Coco Gauff is brimming with confidence ahead of the French Open, buoyed by strong results in Italy on clay in the past two weeks that have helped the 17-year-old climb 10 places to a career-best 25th in the rankings.

Gauff has already made the fourth rounds of the Australian Open and the Wimbledon in her nascent career and this week she will be seeded at a Grand Slam for the first time in her career when the clay court major starts on Sunday.

This month the American reached her first WTA 1000 semi-final in Rome and followed it up with her maiden title on clay the week after in Parma.

“I feel really good about going into the French,” Gauff told reporters after her second career WTA title. “I hope I can continue to build and keep getting better.

“I feel like I’m hitting good, moving good, my body feels good, my mentality and emotionally I feel good. So I think it will be a good tournament for me.”

At the French Open, Gauff will be the youngest seed at a major in 15 years since Nicole Vaidisova was seeded at the Wimbledon Championships in 2006.

The American also won the doubles title with Caty McNally on Parma’s clay courts to become the youngest player to complete the sweep in nearly 17 years since Maria Sharapova won both titles in Birmingham in 2004.

“It’s not a surface that people associate me with, so it feels good,” added Gauff, the 2018 junior Roland Garros winner. “I like the dirt now. I always talk about how I don’t like it, but I like it now.

“Clay shows you a little extra love than the other surfaces do. It’s just going home, taking a shower, and I have clay coming out of me from all different places, or clay still in my clothes from weeks later.”