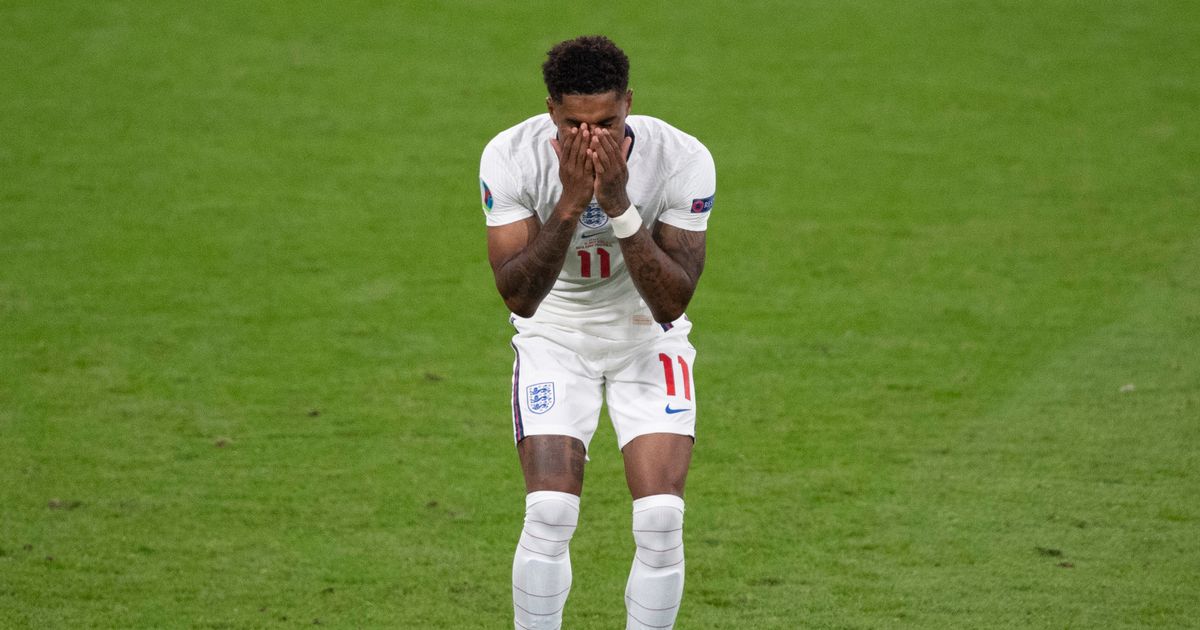 Marcus Rashford, Jadon Sancho and Bukayo Saka were victims of abuse after they missed penalties in the shootout defeat at Wembley on 11 July.

The UK Football Policing Unit said Wednesday that of the 207 posts on social media identified as criminal, 123 accounts belong to individuals outside the United Kingdom. It said the details of those individuals and cases are in the process of being passed on to the relevant countries to act on them.

A total of 34 accounts have so far been identified as being in the United Kingdom, and 11 of these account holders have now been arrested.

“There are people out there who believe they can hide behind a social media profile and get away with posting such abhorrent comments,” Chief Constable Mark Roberts told Britain’s Press Association. “They need to think again — we have investigators proactively seeking out abusive comments in connection to the match and, if they meet a criminal threshold, those posting them will be arrested.”