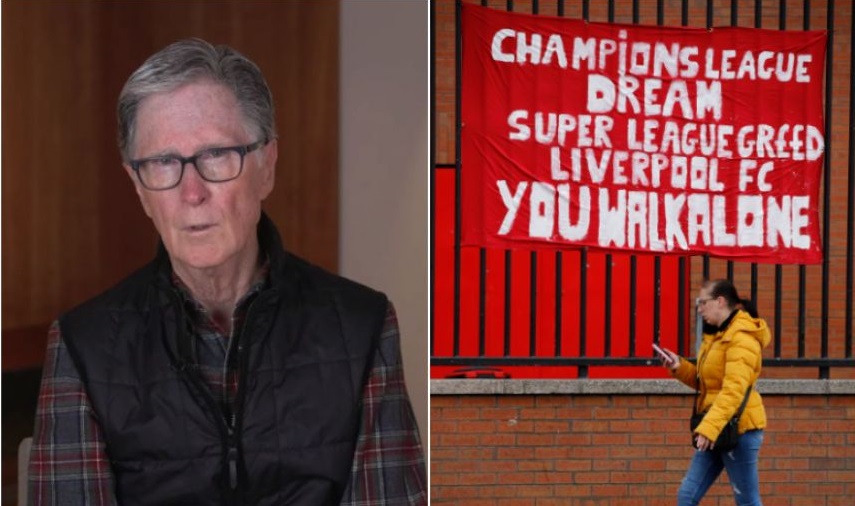 Liverpool owner John Henry apologized to supporters and to manager Jurgen Klopp on Wednesday (April 21) for the “disruption” caused by the club’s involvement in the breakaway European Super League project.

Liverpool was among the six Premier League clubs who signed up for the Super League but withdrew on Tuesday amid a storm of protests from fans, players, managers, and governments, alongside threats of bans and sanctions from the game’s European and world governing bodies Uefa and Fifa.

“I want to apologize to all the supporters of Liverpool for the disruption I caused over the past 48 hours,” Henry said in a video on the club’s website.

“It goes without saying but should be said, that the project put forward was never going to stand without the support of the fans. Over these 48 hours, you were very clear that it would not stand. We heard you. I heard you.”

The Super League, which was announced on Sunday with 12 founding members, has been championed by Real Madrid president Florentino Perez, the new competition’s chairman.

But following the withdrawal of the six English clubs, it is left with three Italian sides – AC Milan, Juventus, and Inter Milan – plus Perez’s Real Madrid along with Barcelona and Atletico Madrid from Spain.

Those numbers look set to be thinned further with a source close to Inter Milan telling Reuters on Wednesday they were no longer interested in the Super League project “in light of the latest developments”.

Manchester City was the first to back out of the venture and then Chelsea, Arsenal, Manchester United, Liverpool, and Tottenham Hotspur announced they were following suit.

Liverpool players, including captain Jordan Henderson, had voiced their concerns about the breakaway league on Tuesday, while club great Kenny Dalglish also encouraged them to withdraw.

“I want to apologize to Jurgen … to the players and to everyone who works so hard to make our fans proud,” Henry said. “They have absolutely no responsibility for this disruption.

“In this endeavor, I’ve let you down. Again, I’m sorry, and I alone am responsible for the unnecessary negativity brought forward over the past couple of days.”

Either you are in, or you are out: FIFA’s Infantino warns Super League clubs.
Spain court bans UEFA, FIFA from acting against Super League.