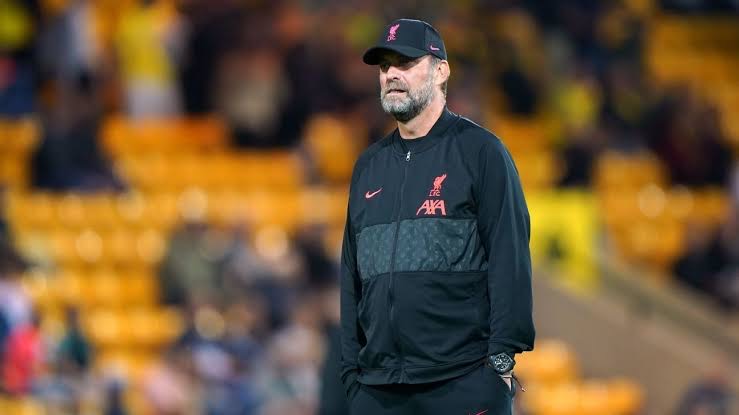 Eight Brazilian Premier League players — including Liverpool goalkeeper Alisson Becker and midfielder Fabinho — were called-up by Brazil coach Tite for the next round of 2022 qualifiers in October.

Premier League clubs refused to release players earlier this month for matches in countries on the British government’s ‘red’ list because of the 10-day quarantine rule facing returning travellers.

In response, the Brazilian Football Confederation (CBF) and three other national associations asked FIFA to bar the players from club duty for five days before withdrawing their request a day before the next round of Premier League fixtures.

“There must be a solution because we cannot just leave it like this and say it’s not a problem. Yes it is a problem,” said Klopp.

“I know the relevant people are working on this, but there’s nothing decided yet, at least as far as I’m concerned.

“We have a problem when the Brazilians are allowed, or when they go, to the next internationals.

“We have a 12.30 kick-off at Watford (October 16). The game in Brazil is on Friday night (October 15), so obviously nobody has thought about that yet.

“I just don’t know how you can do these kind of things where nobody reacts on the schedule. We have two problems. One is the schedule, it was always a problem.

“TV and other guys, the Premier League, say, ‘OK, that’s how it is, they have to play, let’s have a look how they can sort that’.

“Another thing, it’s not good for the players or the clubs as well and I hope the government comes up with some kind of solution.”

Emerson Royal, who joined Tottenham from Barcelona on the last day of the summer transfer window, is also in the squad.

Brazil have won all eight of their qualifiers and play Venezuela on October 7 in Caracas, Colombia in Barranquilla three days later and Uruguay on the October 14 at Manaus.