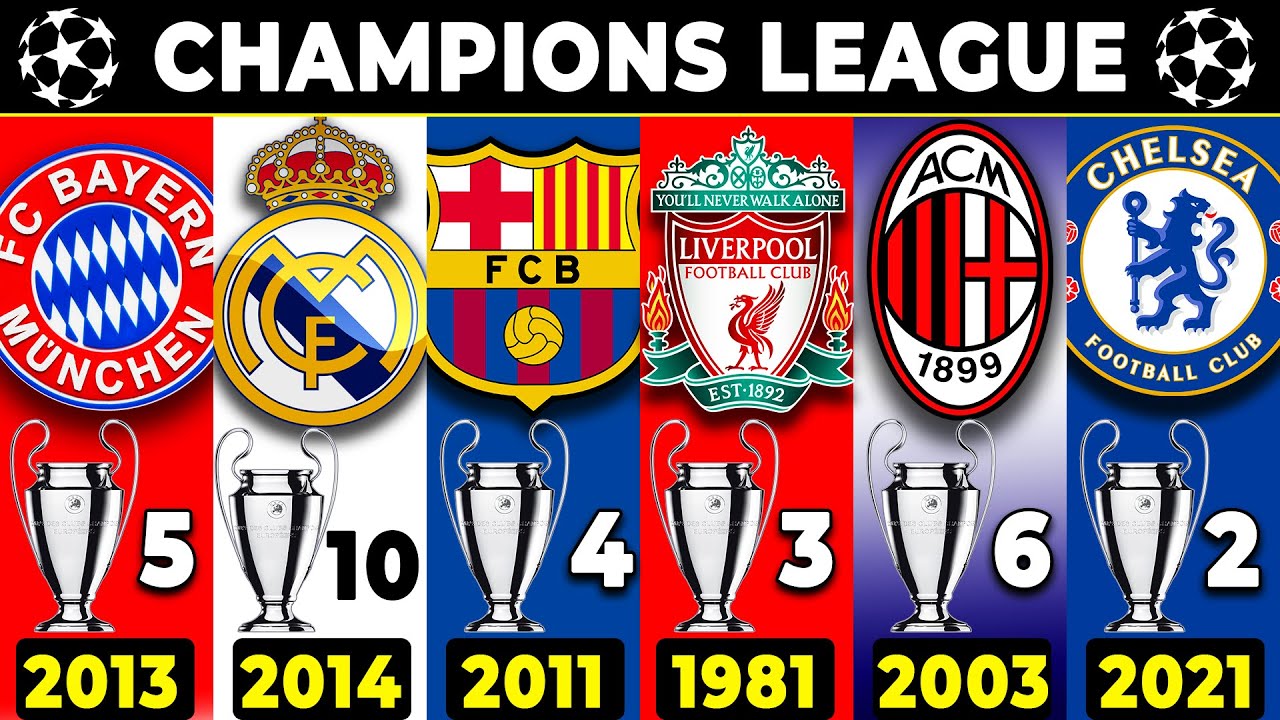 With the Champions League 2021-22 final fast approaching, both Real Madrid and Liverpool who are contesting for the title have a rich European legacy.

While Real Madrid is the undisputed leader in the competition with 13 titles, Liverpool, which has six, can go joint-second with AC Milan if it manages to beat Madrid in the final.

European heavyweights Bayern Munich, which also has six titles, had a premature ending to its Champions League campaign after a shock exit against Villarreal in the quarterfinals.

The Champions League was first held in the 1955-56 season but was known as the European Cup, which started with just 16 teams. Spanish giant Real Madrid was the first club to win the competition after beating French team Stade de Reims in the final.

The name of the competition was changed to UEFA Champions League from the 1992-93 season. Chelsea is the defending European champion after beating Manchester City 1-0 in last season’s final.

List of Champions League/European Cup winners from the opening season