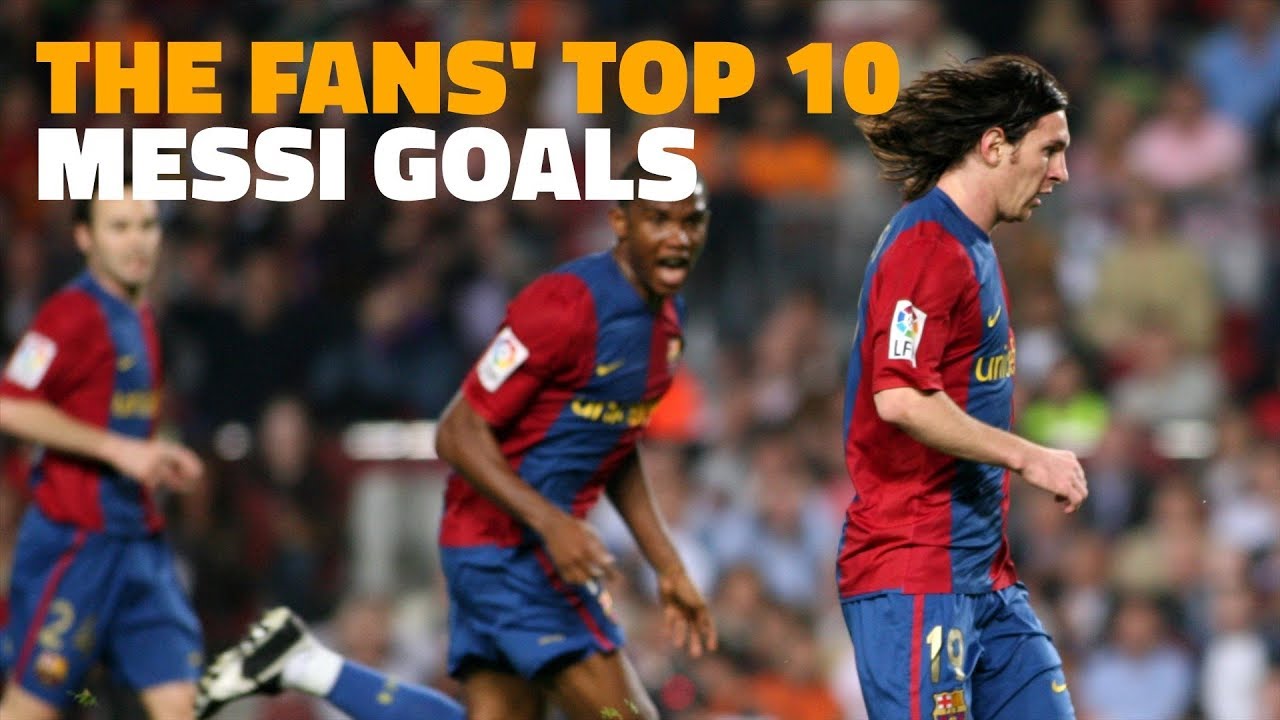 Here are 10 of his best and most important strikes for the blue-and-burgundy.Lionel Messi scored a club record 672 goals in his 17 seasons with Barcelona.

Here are 10 of his best and most important strikes for the blue-and-burgundy:

April 18, 2007 — Messi emulates fellow Argentine great Diego Maradona with an epic goal, ghosting through half of Getafe’s side while his teammates could only gape in awe. Taking the ball from Barcelona’s own half, Messi pokes the ball behind the first would-be tackle to make him miss. He then nutmegs a second challenger before taking off and sliding past two more defenders and the goalkeeper. He finishes his move by lifting a shot from an angle over the desperate slide of the last man.

May 2, 2009 — Messi scores twice in a 6-2 thrashing of Real Madrid at the Santiago Bernabeu in one of the most lopsided “clásico” matches ever. Messi gets his second goal after exchanging passes with Xavi Hernández inside the box before he uses a feint to freeze Iker Casillas and fires home.

May 27, 2009 — Messi hangs in the air to meet Xavi Hernández’s cross and send his header floating over Manchester United goalkeeper Edwin van der Sar to seal Barcelona’s 2-0 victory in the Champions League final. Losing his right boot when he comes down, Messi picks it up and races to hug Thierry Henry before his teammates pile on.

Dec. 19, 2009 — Messi uses his chest to steer home a long ball for the dramatic winner in a 2-1 added-time victory over Estudiantes to give Barcelona its first Club World Cup trophy.

April 27, 2011 — Messi gets the ball just past the center circle and with no other Barcelona player near him decides to take on Real Madrid’s defense all by himself. He dribbles past four defenders before beating Iker Casillas to cap a 2-0 victory in the Champions League semifinals.

May 28, 2011 — Messi blasts a low, left-footed shot from outside the area past the outstretched Van der Sar. The goal proves to be the winner in a 3-1 victory over Manchester United that gives Messi his third of four Champions League crowns.

May 6, 2015 — Messi humbles Bayern Munich with two goals in a 3-0 win in the Champions League semifinals. Messi chips his second goal over Manuel Neuer after he sends defender Jerome Boateng tumbling to the turf with a brutally quick change of direction.

May 30, 2015 — Messi looks hemmed in on the touchline by three Athletic Bilbao defenders, only for him to slip through their net, juke past a fourth defender in the area and fire just inside the post as Barcelona wins the Copa del Rey final 3-1.

March 17, 2019 — Messi earns a standing ovation from Real Betis’ fans in Seville after he completes a hat trick with an exquisite chipped goal from the left side of the area. He needs just one touch of the ball to lob it over goalkeeper Pau López and graze the underside of the crossbar.

May 1, 2019 — Messi hammers in his 600th career goal from a free kick to complete a brace against Liverpool in the Champions League semifinals. Messi’s missile from 35 yards out sails into the top left corner to cap the 3-0 victory.