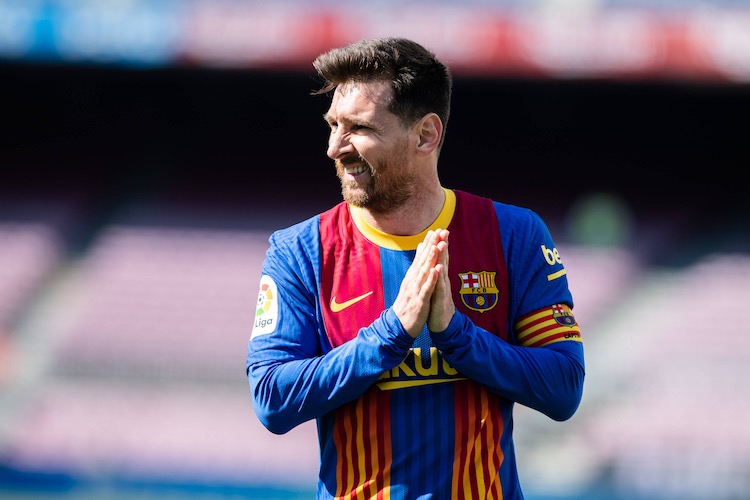 Barcelona’s negotiations with Lionel Messi are over and the striker is considering other offers, the club’s president Joan Laporta said on Friday. Laporta said in a press conference he was not prepared “to put the club at risk” by renewing Messi’s contract, with Barca facing huge financial problems ahead of the start of La Liga. Messi reached an agreement with Barcelona to sign a reported five-year contract but with the trade-off that he would earn 50 per cent less per year. But La Liga’s financial fair play rules, which are expected to reduce Barca’s salary limit to less than 200 million euros this season, led Laporta to conclude they were unable to complete the deal. “Yesterday we realised it was over. I had the last conversation with Leo’s father,” said Laporta.

“I do not want to give false hope. The player has other offers and there is a time limit because La Liga starts soon and he needs time to assess his other options.”

“We could not accommodate Messi’s contract,” said Laporta, who was re-elected as club president in March.

“The situation we have inherited is abominable and the sports salary bill represents 110 per cent of the club’s income. We have no margin for salaries.

“La Liga’s rules set limitations and we have no margin. We knew the situation since we arrived but the numbers we have seen are even worse than we thought.”