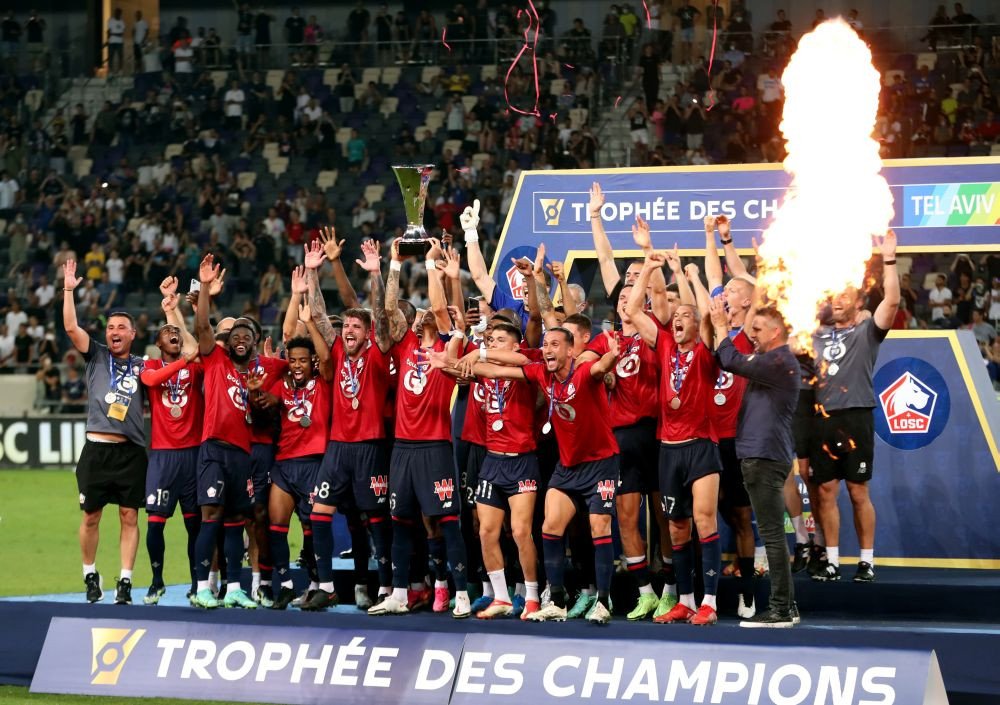 Portuguese midfielder Xeka scored the winner just before half-time with an unstoppable strike from outside the penalty area that left PSG stopper Keylor Navas no chance.

“We showed who we are and we deserve this trophy,” said Xeka.

“A few months after the league title we can all celebrate this new one. Work pays, and that’s how we intend to continue.”

“I think overall, we were the better side tonight,” said PSG coach Mauricio Pochettino.

“But we didn’t score when we had great chances, we dominated the game.

“I think the attitude was good and the performance of the team was good. ”

There was a lively debut for Georginio Wijnaldum signed from Liverpool on a free transfer and who came on with twenty minutes to play.

PSG had their chances and Mauro Icardi had the ball in the Lille goal on 76 minutes, twisting a deft clip from close range, but what would have been a peach of an equaliser was ruled offside.

Lille brought a strong side and took the game to the Parisians, who they pipped to the French title last season by a single point in a tense run-in.

New Lille coach Jocelyn Gourvennec thanked his predecessor Christophe Galtier for his work and said the new title was partly his too.

“PSG play an amazing technical game, but our lads were ready athletically and our collective play was tight. The team knows what it’s doing,” he said.

The match was the first domestic football aired in France by streaming giant Amazon.

Some 27,500 fans were on hand to see the game at Bloomfield Stadium, home of Hapoel and Maccabi Tel Aviv, on a baking evening with regular water breaks for players with the temperature at 29 degrees C (84F.)

The entrepreneur who runs the cycling outfit Israel Start-Up Nation said the host nation would emerge a winner from staging the contest.

The French Ligue 1 season gets underway next weekend with PSG away at Troyes and Lille travelling to Metz.