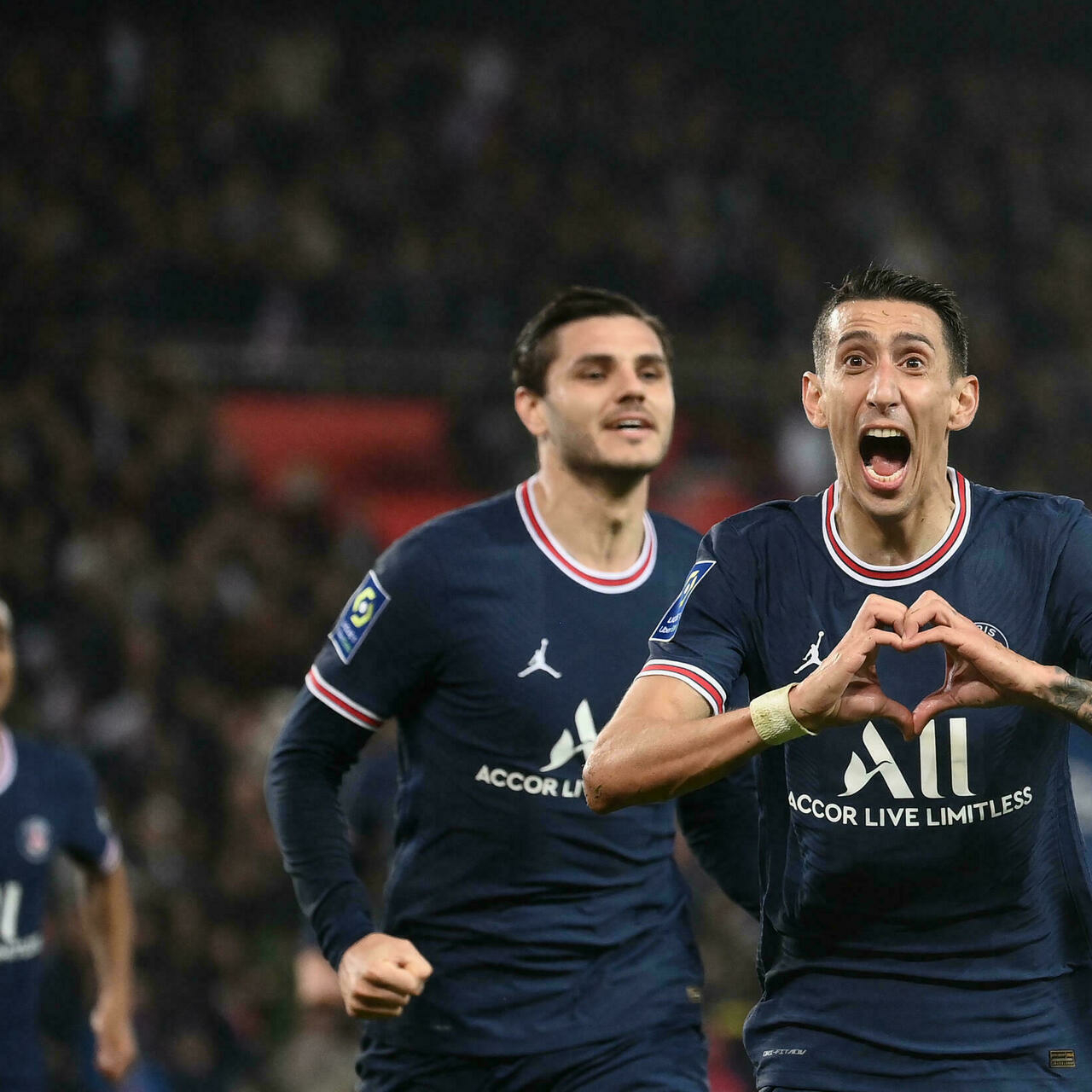 Paris: Neymar set up Angel Di Maria to score an 88th-minute winner as Paris Saint-Germain came from behind once again, this time to beat reigning French champions Lille 2-1 on Friday.

With Kylian Mbappe missing and Lionel Messi taken off at half-time, PSG needed captain Marquinhos to equalise in the 74th minute after Jonathan David had given the away side a first-half lead at the Parc des Princes.

Di Maria had set up the equaliser and he then arrived to fire low into the net from Neymar’s lay-off and secure a win that allows PSG to extend their lead at the top of Ligue 1 to a massive 10 points over second-placed Lens before the rest of the weekend’s games.

Nevertheless this was another in a long line of disjointed displays from Mauricio Pochettino’s team and the coach was again left with questions to answer.

It was the third time in four home league games that PSG have come from behind to score a late winning goal, and here it came against a Lille side who are in mid-table after a poor start to their title defence.

The absence of top-scorer Mbappe due to illness did not help, nor did that of injured playmaker Marco Verratti.

“It is not by chance that the team responded the way they did. It shows the mentality and the character that they have,” Pochettino insisted.

“We want to win in the best possible manner, and by the biggest margin. The truth is that it’s often a struggle but it’s not by chance that we have won 10 league games out of 12.”

Messi was taken off at the interval and is still without a goal after five appearances in Ligue 1. That record is surely not what anyone expected from him when he arrived in August.

Perhaps he eventually will start scoring for fun in France, but he will go into November still looking to break his duck.

To be fair Messi has been making an impact in the Champions League, with three goals in three appearances in Europe.

His premature substitution here was a precautionary measure ahead of Wednesday’s Champions League clash with RB Leipzig in Germany — the Argentinian had been struggling with a minor injury during the week.

“We think he will be available for the match against Leipzig,” Pochettino told broadcaster Amazon Prime.

Neymar’s form has also been a source of concern, and the Brazilian still has just one goal to his name this season, and that from a penalty.

Here the world’s most expensive player sometimes cut a frustrated figure and talked his way into a late booking, but that was before he teed up Di Maria for the winner.

Earlier Lille were rewarded for a fine first-half showing with the opening goal just after the half-hour mark.

Burak Yilmaz, who had come close to scoring in the first minute, got to the byline and cut the ball back for Canada striker David to turn it into the net from close range.

Yilmaz was then denied by Gianluigi Donnarumma early in the second half but PSG pushed in search of an equaliser and eventually got it as Di Maria’s chipped ball from the byline was turned in by Marquinhos.

Mauro Icardi, who had replaced Messi at the break, missed a great chance to win it for the home side before Di Maria struck.

Second-placed Lens are in action on Saturday away to Lyon