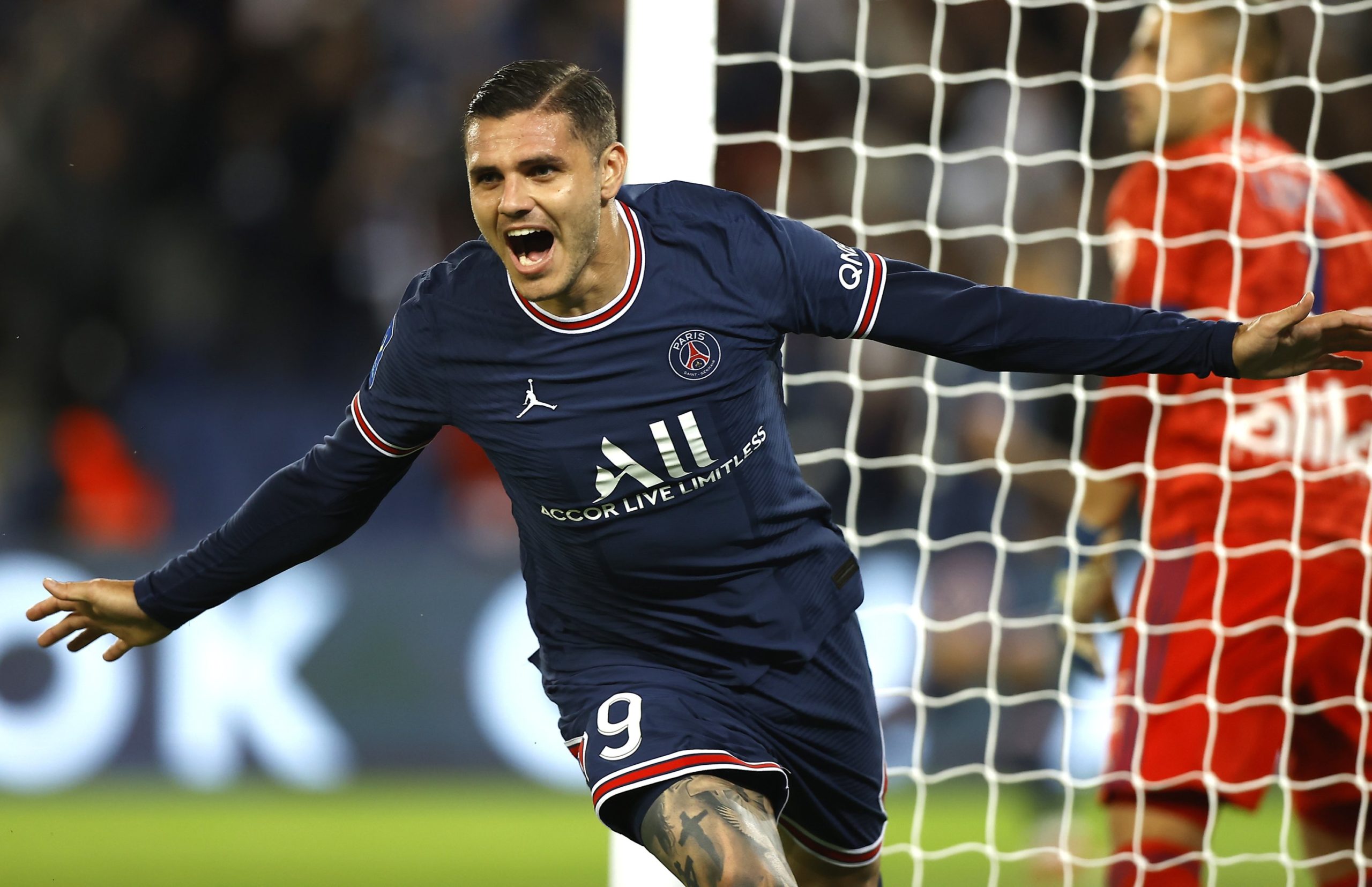 Paris: Lionel Messi had a lively home debut for Paris Saint-Germain but it was his compatriot Mauro Icardi who scored a dramatic stoppage-time winner as the Ligue 1 leaders edged Lyon 2-1 on Sunday.

Messi outshone his teammates in PSG’s all-star attack for much of the game at the Parc des Princes but he had been – slightly controversially – taken off by the time substitute Icardi headed in a cross from the left to secure the win.

The excellent Lucas Paqueta gave Lyon the lead in the 54th minute, before Neymar won and then converted from the spot midway through the second half of an absorbing contest at the Parc des Princes.

“We deserved our victory, even if it was in the last second,” insisted PSG coach Mauricio Pochettino.

However, the fact this was a contest might surprise many who expect PSG to run away with the Ligue 1 title this season and perhaps even go all the way in the Champions League.

Nevertheless, they were disappointing in drawing 1-1 with Club Brugge in Belgium in midweek in Messi’s first start for the club and they were given a run for their money by Peter Bosz’s Lyon.

Yet Icardi – in many ways the forgotten man of the PSG attack – allowed his side to make it six wins from six in Ligue 1 this season and they are now five points clear at the top from Marseille.

That gap will surely widen as the weeks go by. Lyon, for all their good intentions here, are already 10 points behind the leaders in ninth place.

“It was a cruel defeat,” said coach Peter Bosz. “We made a real match of it and showed we were not afraid of losing.”

Three games into his Paris career Messi is still looking for his first goal, but he was unfortunate not to find the net in the first half when everything PSG did went through the six-time Ballon d’Or winner.

Neymar, Kylian Mbappe, and Angel di Maria were all on the field too but, unfortunately for such a superstar attack, there is only one ball and it seemed to be drawn to Messi’s feet.

He was set up by Mbappe for a shot that was saved by Anthony Lopes in the 17th minute. Then he combined with Neymar for another effort that was turned behind, and soon after the Argentine cracked a free-kick from almost 30 metres off the junction of bar and post.

It was Lyon who went ahead in the 54th minute with a goal they had occasionally been threatening as Karl Toko-Ekambi delivered a low ball from the left and Paqueta swept a first-time shot low into the net at Gianluigi Donnarumma’s near post.

PSG were back level in the 66th minute as Neymar went down in the box under a challenge from Malo Gusto.

It could as easily have been a free-kick the other way but a penalty was given and the Brazilian sent the goalkeeper the wrong way.

Messi remains short of full fitness and as he faded from the game he was taken off and replaced by Achraf Hakimi 14 minutes from time.

He appeared to reject Pochettino’s hand as he walked past, but without him, PSG got the winner as Mbappe’s superb cross from the left was headed in by Icardi.

“We are here to make decisions. Sometimes people will be happy with them, sometimes they won’t be,” Pochettino said of the substitution.

PSG are back in league action at Metz on Wednesday and host Montpellier next weekend before entertaining Manchester City in the Champions League on 28 September.

Marseille continued their unbeaten start as Bamba Dieng and Amine Harit netted in a 2-0 win over Rennes at the Velodrome.

Dieng, the 21-year-old forward from Senegal, has now scored three goals in the last two games for Marseille, who are emerging as the most likely team to give PSG a run for their money this season.