‘Let’s be honest, a player like that is hard to ignore’: SA spinner says AB de Villiers ‘can walk into any team’ 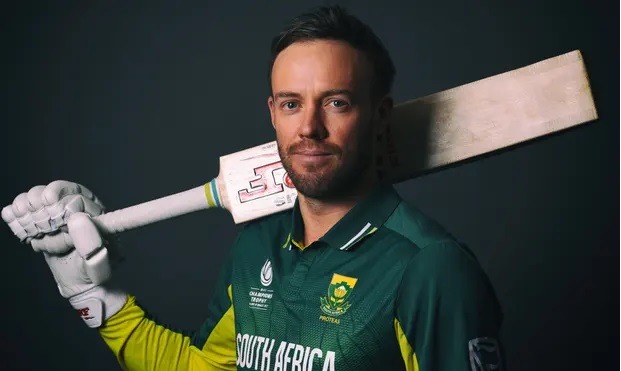 Over the past couple of years, clamors surrounding AB de Villiers’ international return have grown.

It was in 2018 that AB de Villiers shocked the world when he announced a sudden retirement from international cricket. However, over the past couple of years, clamors surrounding his return have grown. During the 2019 World Cup, it was revealed that de Villiers had asked Faf du Plessis about a potential comeback, a request that was turned down, but with the T20 World Cup scheduled to be held later this year, chances of de Villiers’ return are bright.

Tabraiz Shamsi, the left-arm spinner has weighed in on the possibility of de Villiers’ potential return to South Africa, saying that although a lot will depend on there the wicketkeeper-batsman stands mentally, a player of de Villiers’ caliber is hard to not take notice of.

“AB is a world-class player and he can walk into any team and that’s how good he is, it doesn’t matter whether it’s England or Australia or South Africa. I don’t know what AB’s situation is, it all depends on how he feels and how the coach feels and the selectors too. But, let’s be honest, a player like that is hard to ignore,” Shamsi told Cricket Pakistan.

Despite having retired from international cricket, de Villiers continues to play T20 cricket in different leagues, most popularly the IPL, where he looked to be in hot touch for his franchise Royal Challengers Bangalore before the tournament was suspended indefinitely after several players has tested positive for Covid-19. Playing his first form of competitive cricket in five months, de Villiers has scored 207 runs from seven matches including three half-centuries.

He began with a knock of 48 against Mumbai Indians in the IPL opener on April 9, followed by scores of 76 not out against Kolkata Knight Riders and an unbeaten 75 against the Delhi Capitals. Not too long ago, South Africa coach Mark Boucher had spoken about de Villiers and whether he is in plans of the team for the T20 World Cup. The former SA wicketkeeper-batsman said the discussions is still on the table and it remains to be seen how things pan out after the IPL.