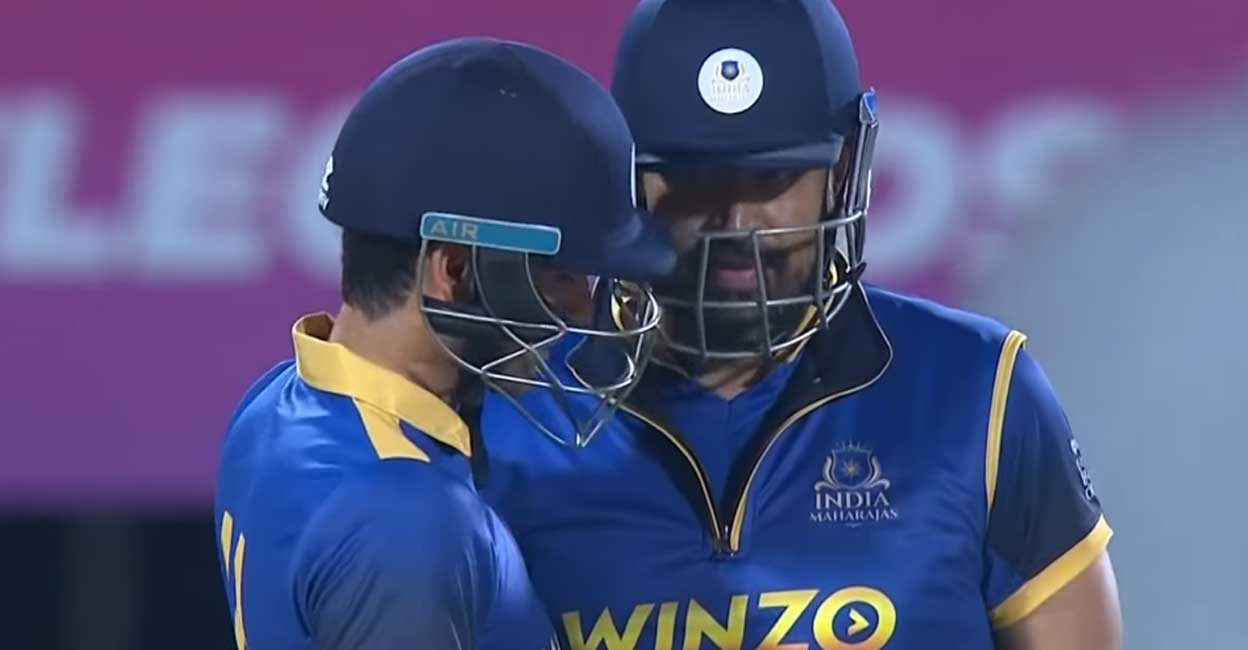 Muscat: The Pathan brothers — Yusuf and Irfan — still have their magic intact as they spearheaded Indian Maharajas’ clinical six-wicket win over Asian Lions in the Legends League Cricket T20 opener.

Yusuf smashed five sixes and nine boundaries in a 40-ball 80, while skipper Mohammad Kaif anchored their tricky 176-run chase with an unbeaten 42 to script the win with five balls to spare on Thursday. “It looked like he’s coming straight from the IPL with the form he showed,” Asian Lions skipper Misbah-ul-Haq summed up Yusuf’s innings aptly.

Maharajas opted to field, and Irfan Pathan gave a double blow — Mohammad Hafeez (16) and Mohammad Yousuf (1) — in his very first over to derail the Asian Lions in the middle overs.

Irfan bowled with a lot of variations, be it the cutters or the slower ones to restrict the flow of runs in his tidy spell of 4-0-22-2.

Irfan also smashed one six and two boundaries in a row in his unbeaten 21 from 10 balls, while Kaif sealed the chase with a boundary off Nuwan Kulasekara in the first ball of the final over.

“The credit should go to our bowlers, especially the way Irfan came in the middle overs and gave those crucial breakthroughs. At one point it seemed they were going to get past the 200-mark,” Yusuf was full of praise for his younger brother.

It was Upul Tharanga (66 from 46 balls) who top-scored for the Lions, while skipper Misbah (44 from 30 balls) gave a fine helping hand before being dismissed in the final over.

On a windy evening at the Al Amerat Cricket Ground, people started making a beeline much in advance to see so many former International stars under one roof for the first time at a ground that earlier hosted mostly Associated nations.

Shoaib Akhtar, who lost his mother three weeks back, kept his commitment and overwhelmed the spectators, albeit with a short run-up to return with figures of 4-0-21-1

“I’m probably the luckiest and blessed guy being loved by so many people in the sub-continent,” he said as people were seen chanting “Shoaib, Shoaib,” when the Rawalpindi Express opened the bowling for the Lions.

In the chase, Kaif’s team lost Stuart Binny (10) and Subramanium Badrinath (0) early but Yusuf’s whirlwind 117-run stand with his skipper set the tone.

Yusuf was so powerful even his mishits went past the boundary with ease and it only needed an unfortunate run-out, while backing his skipper for a second run, to dismiss him 20 runs shy of a century in the 17th over.

In came, his younger brother Irfan as he along with Kaif carried on the momentum to script an easy win