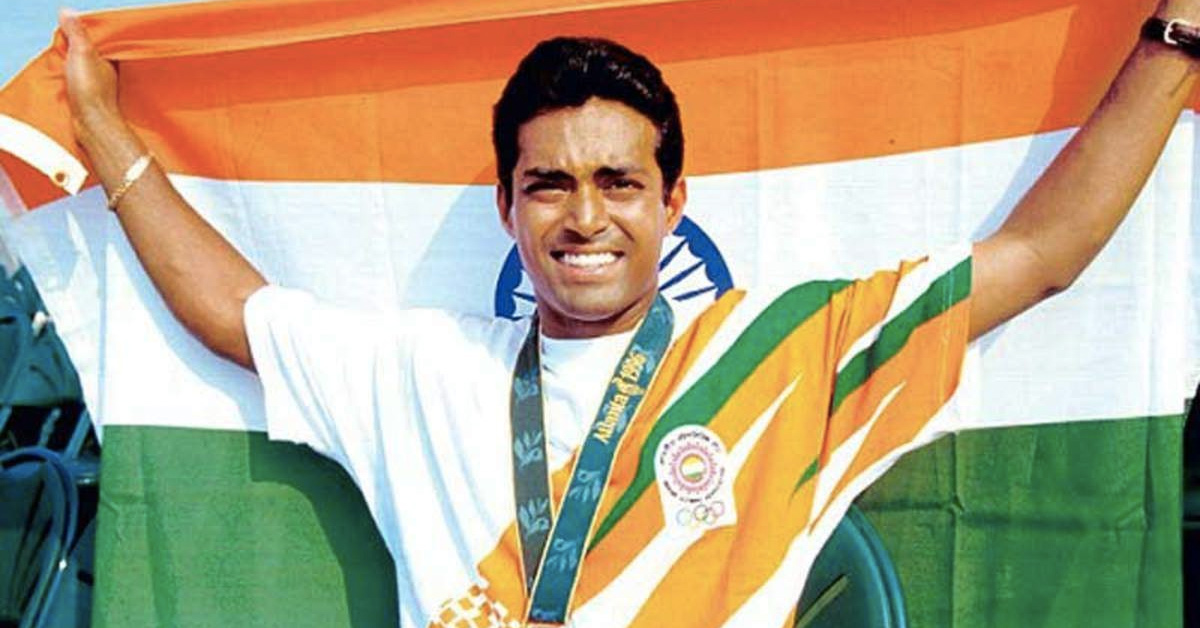 Leander Paes is one of the tennis players who gave recognition to the game in India and also has several laurels to his name including an Olympics medal. Paes did manage a podium finish in the quadrennial event and to date continues to be the only player to have done so in the history of lawn tennis.

August 3, 1996. This date will always remain special for all the Indian tennis fans as Leander Paes became the first and only Indian to win an Olympic medal in tennis on this day exactly 25 years ago in the Atlanta games.

This was the tennis icon’s second appearance in Olympics. He had made his debut in the 1992 edition that was held in Barcelona. However, he had a forgettable outing as was knocked out in the first round of the men’s singles event.

Coming back to the 1996 Atlanta Olympics, Leander Paes had qualified for the semi-finals of the men’s singles category after edging past Pete Sampras and Richey Reneberg and was just two steps away from doing the unthinkable. However, a 7-6,6-3 loss to former world number 1 and eventual gold medalist Andre Agassi meant that Paes was not eligible to compete in the gold medal match.

He then made up for it in the loser’s final i.e. the bronze medal match by getting the better of Brazil’s Fernando Meligeni 3-6,6-2,6-4 and won the third-biggest prize of the prestigious tournament.

As per reports, the former Olympic bronze medalist’s net worth in the year 2021 is approximately over $9 million.

In his nearly three-decade-long professional career, Leander Paes has etched his name in history books as one of the most accomplished sportspersons. Paes turned professional in 1991 and had an illustrious career, winning 18 doubles and mixed doubles Grand Slam titles and a bronze medal at the 1996 Atlanta Olympics. The tennis icon won a total of 54 doubles titles in his career.

However, it was his partnership with Mahesh Bhupathi that changed the face of the men’s doubles forever. Paes and Bhupathi had already established themselves as top players in the 1990s – Paes with an Olympic medal in 1996 and Bhupathi with the first Grand Slam won by an Indian at the 1997 French Open.

But an all-Indian pair winning a Major together, and starting a season in such a dominant fashion was unprecedented. They became the first pair to reach the finals of all Grand Slams in a year in the Open era, winning French Open and Wimbledon as top seeds. They also won the 2001 French Open for their third Grand Slam title as a pair. So when the duo decided to part their ways in early 2000, it came as a huge shock to the tennis-loving Indians, and with the ATP World Doubles Championships to be held in the country later that same year, it was considered to be a big blow for Indian Tennis.