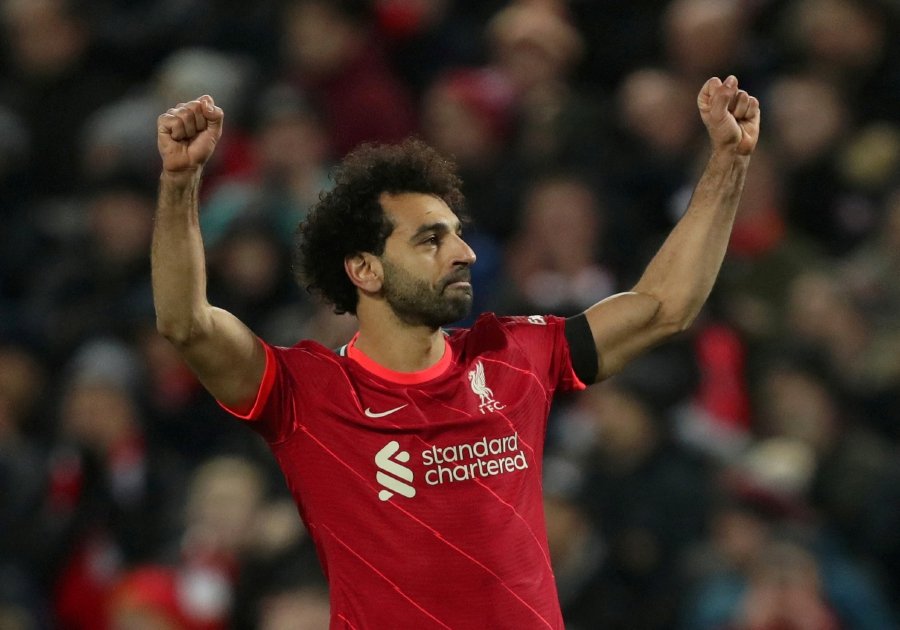 Liverpool’s inability to break down an Arsenal side that played for over an hour with 10 men as Thursday’s League Cup semi-final, first leg ended 0-0 gave the Reds a worrying insight into what life could be like without Mohamed Salah.

The Egyptian will be missing for the rest of the month as he leads his country at the Africa Cup of Nations.

But there is also doubt over the long-term future of the Premier League’s top goalscorer with 18 months left to run on his contract and no sign of an agreement between the club and their star player.

“I want to stay, but it’s not in my hands,” Salah said in an interview with GQ magazine published this week.

“It’s in their hands. They know what I want. I’m not asking for crazy stuff.”

Salah has become a Liverpool legend since joining from Roma five years ago.

He’s scored 148 goals in 229 games, ending a 30-year wait to win a league title and lifting the club’s sixth European Cup along the way.

But he turns 30 in June and Liverpool’s data-centric American owners Fenway Sports Group (FSG) are wary of overpaying for a player beyond his peak.

“Salah will want to be paid as well as any top player in the Premier League or world football and why shouldn’t he?” Former Liverpool defender Jamie Carragher told Sky Sports.

“The owners wouldn’t be forgiven if Mo Salah left this club in the summer or in 18 months time.”

The pressure is on FSG not just to tie down Salah, but provide Jurgen Klopp with more forward options if they are to maintain the standards they have set in the last five years.

As Manchester City, Chelsea, Manchester United and Arsenal all spent more than £100 million ($137 million) in the summer transfer window, Liverpool’s only purchase was £36 million centre-back Ibrahima Konate, who is yet to establish himself as a first-team regular.

Liverpool have long since known Salah and Sadio Mane were headed for Cameroon this month and the lack of strength in depth was exposed by a gritty rearguard action by the Gunners’ 10 men at Anfield.

Takumi Minamino fluffed his lines with Liverpool’s best chances of the night on a rare start for the Japanese international.

Roberto Firmino has been usurped by Diogo Jota as the regular starter alongside Salah and Mane this season and again looked a shadow of the player who was so key to Klopp’s major triumphs at Anfield.

Meanwhile, the continued selection of 36-year-old James Milner reveals what Klopp makes of his midfield options.

“Tell me one team who wouldn’t miss Sadio Mane and Mo Salah and Naby Keita. Of course we miss them,” said Klopp.

“We were not creative enough, definitely. We did a lot of things not good enough.”

Liverpool’s Premier League title challenge has already faded due to three games without a win.

With two more league games and next week’s second leg against Arsenal to come before Salah and Mane return, the fear for Klopp is that worse could be yet to come.