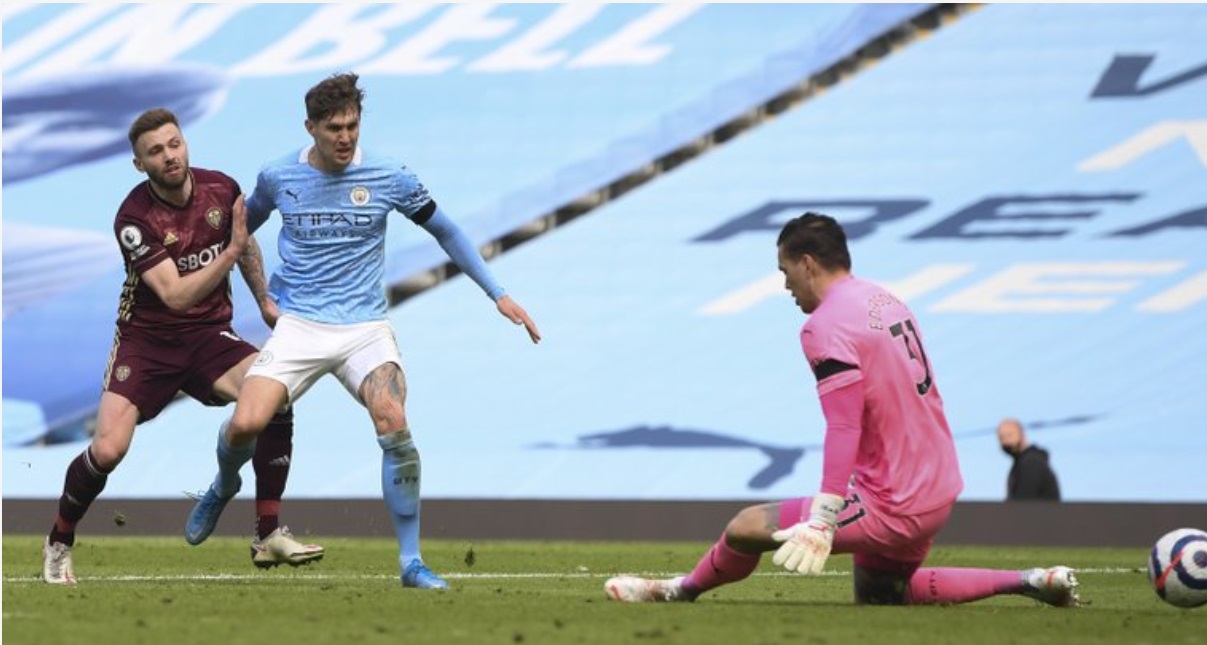 A day of dramatic finishes in England’s top flight began with City losing 2-1 to 10-man Leeds, whose winning goal — scored by Stuart Dallas for his second of the match — came from a breakaway in the first minute of added-on time at Etihad Stadium.

City’s fourth league defeat of the season should only delay the inevitable as it closes in on regaining the title. Pep Guardiola’s team leads by 14 points with six matches remaining, though second-place Manchester United has two games in hand.

At Anfield, Liverpool was heading for another disappointing result at home when right back Trent Alexander-Arnold curled a stunning effort into the corner also in the first minute of stoppage time to secure a 2-1 win against Aston Villa.

Liverpool, which had lost its last six league games at Anfield, moved into fifth place and stayed two points behind Chelsea, which jumped to fourth after a 4-1 win at Crystal Palace in Saturday’s other game. American international Christian Pulisic scored twice for Chelsea at Selhurst Park.

West Ham started the day in fourth place but dropped to sixth ahead of its match against third-place Leicester on Sunday.

There was a two-minute silence before all of the games to honor Prince Philip, the husband of Queen Elizabeth II, who died on Friday at the age of 99.

Leeds played the entire second half against City with 10 men after the sending-off of center back Liam Cooper for a tackle on Gabriel Jesus that saw him get the ball but follow through, with his studs showing, into the striker’s leg.