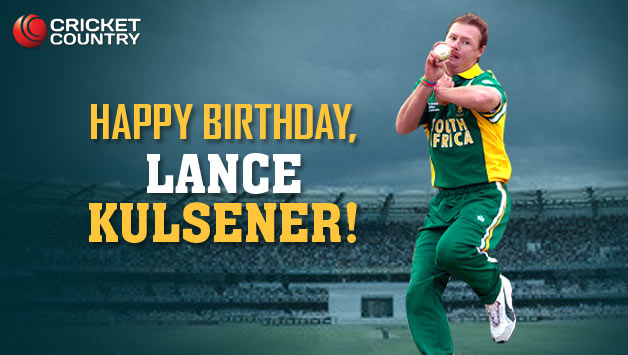 Veteran South African cricketer Lance Klusener started his career as a medium-fast bowler and used to bat at number 11 after he broke into first-class cricket. Klusener was a revelation for South Africa in his test debut as he finished with the figures of 8/64 against India in Kolkata in 1996. A few years later, he started to show his batting prowess, leading to the 1999 World Cup and revolutionised the quadrennial event with his thunderous hitting and baseball-style backlit. On Saturday, as the ace South African all-rounder celebrates his 50th birthday; we take a look at his top performance in international cricket:

Klusener made his Test debut for South Africa in 1996 in the second Test match of the three-match series. During India’s first innings, Klusener was not able to impress anyone with his performance as he went wicketless while giving away 75 runs in 14 overs.

However, in the second innings, he ripped apart India’s batting order as he picked eight wickets while conceding 64 runs as the hosts were bowled out for a meagre 137 runs as South Africa won the match by 329 runs.

Klusener had already established himself as a fearsome batsman in limited-overs cricket when England toured South Africa for a five-match Test series. In the second match of the series, the left-handed batsman further consolidated his spot as a proper all-rounder by smashing a brilliant knock of 174 runs.

Klusener spent around 5.5 overs on the crease and during that time, he smashed England bowlers all over the knock. His knock was studded with 25 fours and two sixes. However, despite his heroics, England managed to draw the Test match.

Batting at number three, Klusener scored an unbeaten 103 runs off 132 balls in a match where South Africa kept losing wickets on the regular interval. Klusener’s knock was laced with eight four and one sixes.

Other than Klusener, no other South Africa batsman was able to counter New Zealand’s bowling attack as they were restricted 212/7 in their stipulated fifty overs. The second-highest scorer in that match for South Africa was Shaun Pollock, who scored 20 runs. New Zealand went on to win the match by seven wickets and 41 balls to spare.

Klusener recorded his best bowling figures in One Day International (ODI) against Sri Lanka in 1997. The ace bowler picked up six wickets while giving away 49 runs as South Africa won the match by 66 runs. Klusener also made a valuable contribution of 54 runs off 41 balls while batting at number three in the match.

Klusener picked a five-wicket haul and gave away 21 runs as South Africa defeated Kenya by seven wickets in a Group stage match in the ICC World Cup in 1999. Batting first, Kenya managed to score just 152 runs before getting bowled out in 44.3 overs, courtesy of some brilliant bowling by Klusener. In reply, South Africa won the match by seven wickets and 54 balls to spare.

Taliban and Afghanistan flags side by side at ‘unity’ cricket match in Kabul
Delhi Capitals Will Have to Start Afresh: Assistant Coach Ajay Ratra