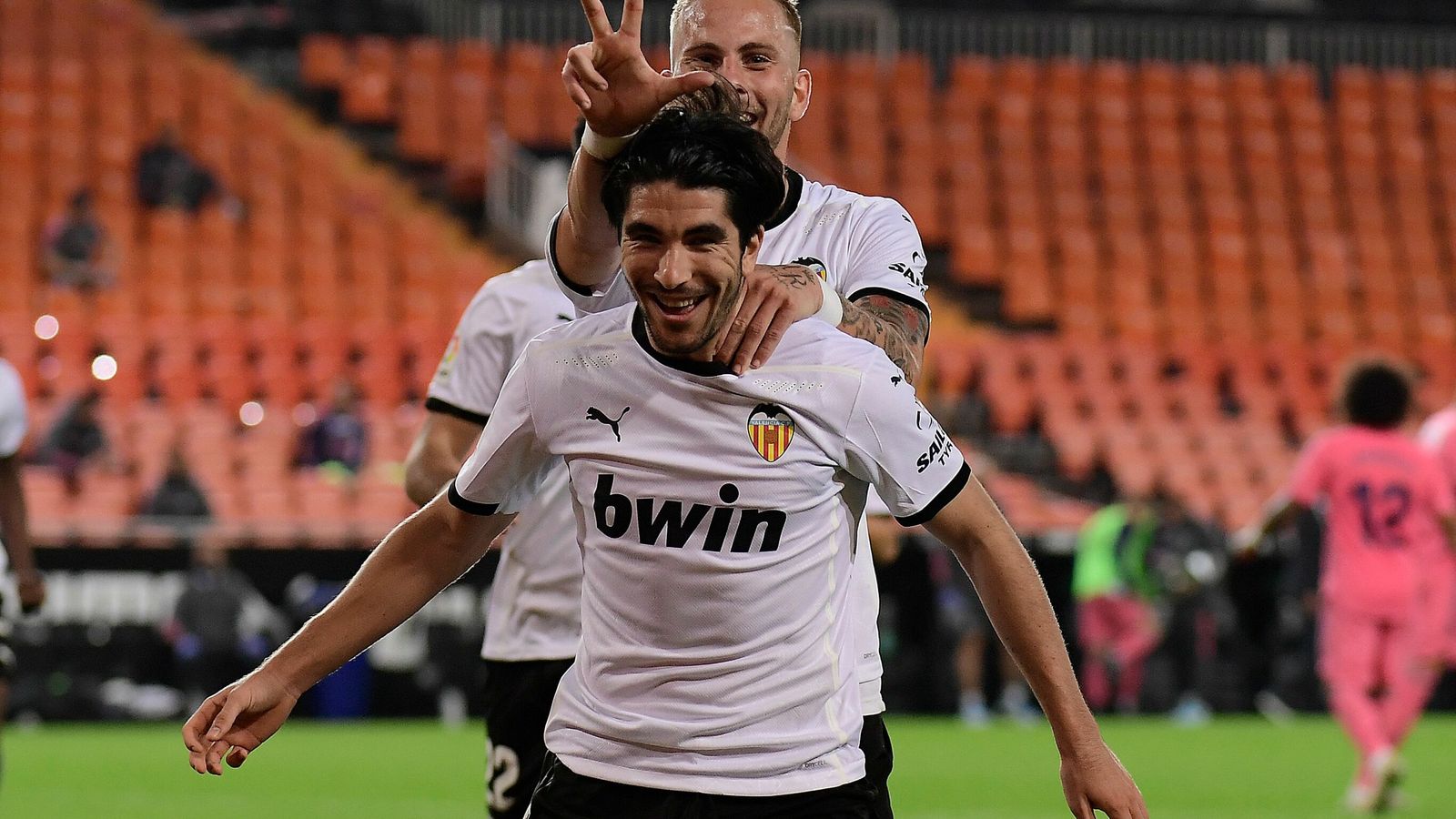 Madrid: Valencia had no problem in beating Alaves 3-0 on Friday to win two straight home games at the start of the Spanish league season for the first time in seven years.

Daniel Wass scored three minutes into the match, and Carlos Soler and Gonçalo Guedes added a goal each at Mestalla Stadium. Valencia hadn’t won two consecutive matches at Mestalla to open the league since 2014-15, when they went on to win five in a row at home.

Friday’s win left Valencia top of the standings with seven points from three matches, along with Mallorca, ahead of the rest of the round.

“We worked well in the preseason and were hopeful of a good beginning in the league,” Guedes said. “We played a good match individually and collectively.”

It was the third consecutive loss for last-place Alaves following setbacks at home against Real Madrid and at Mallorca. Alaves have been outscored 8-1 by their opponents.

Wass opened the scoring early from close range, then Soler added to the lead in first-half injury time and Guedes sealed the victory in the 60th.

Valencia had opened with a 1-0 win against Getafe, then drew 1-1 at Granada.

In a match between promoted clubs, Mallorca beat Espanyol 1-0 for their second win in a row, with Japan forward Takefusa Kubo playing well from the start for the hosts.

Kubo returned to Mallorca on loan from Real Madrid after playing with Getafe last season.

Dani Rodriguez scored the winner in the 27th after Espanyol defenders failed to clear the ball inside the area.

Espanyol, coming off two consecutive 0-0 draws, had defender Sergi Gomez sent off in injury time after a foul to stop a breakaway.

Mallorca were held to a 1-1 draw against Real Betis in its opener at home.