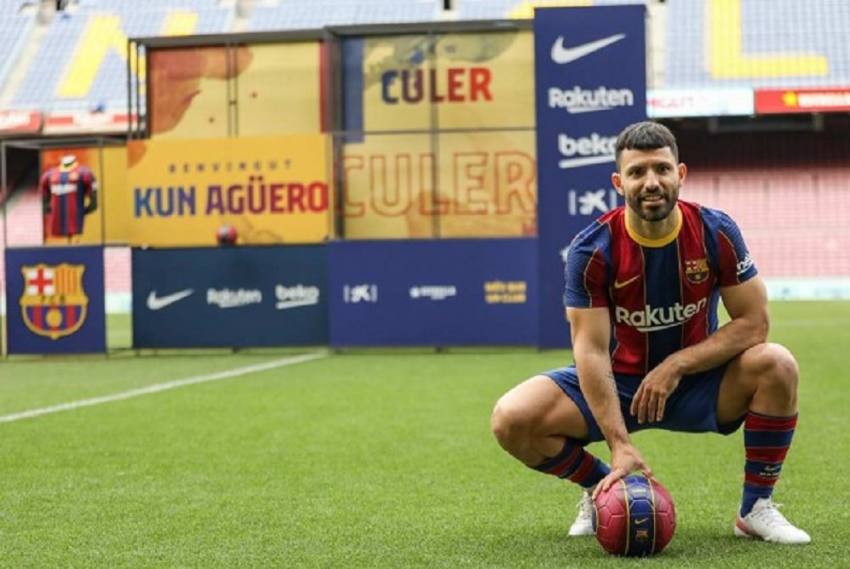 Barcelona: Sergio Busquets and Jordi Alba have taken pay cuts at Barcelona to allow the team to register Sergio Aguero to play in the Spanish league, the Catalan club said Tuesday.

They follow another senior player, Gerard Pique, in taking a salary reduction to enable their financially troubled club to register new players and fit into the league’s strict financial fair play regulations.

“Sergio and Alba’s actions have consisted of salary adjustments to their contracts, which include a reduction in salary for this season and deferral of payments for the rest of the years,” Barcelona said.

Barcelona, who recently announced their debt stands at 1.35 billion euros ($1.6 billion), were unable to keep longtime star Lionel Messi because of financial regulations. As a result, Messi signed for Paris Saint-Germain but Aguero, his fellow Argentina international, will be free to play for Barcelona once he recovers from a calf injury that could keep him out until mid-October.

The 33-year-old Aguero was signed in July as a free agent from Manchester City, where he had many injury problems in his 10 seasons at the club.

By stepping in two weeks ago to help Barcelona’s financial issues, Pique essentially allowed the team to register Memphis Depay and Eric Garcia — two more new signings — for the start of this season.

Pique said Barcelona’s “other captains” would be doing the same soon.

There had been some reports that the 32-year-old Alba had not intended to reduce his salary, and the left back was jeered by some fans at the Camp Nou during Barcelona’s opening LaLiga game of the season — a 4-2 win against Real Sociedad.

Barcelona has won two of its opening three league games and drawn the other.