LaLiga: Sergio Aguero will be out for at least three months, says FC Barcelona 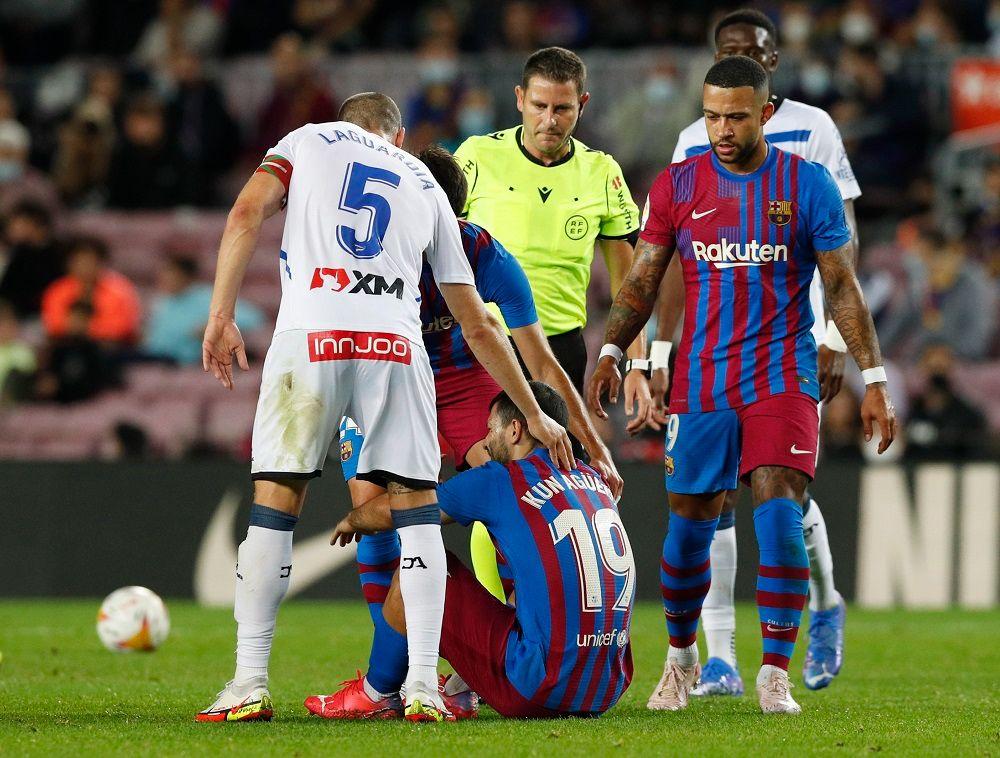 Barcelona: Barcelona striker Sergio Aguero will be out for at least three months while his treatment for a heart problem is assessed, the club said on Monday.

“Aguero has been subjected to a diagnostic and therapeutic process by Dr. Josep Brugada. He is unavailable for selection and during the next three months the effectiveness of treatment will be evaluated in order to determine his recovery process,” the club said.

The Argentine was taken to hospital after suffering breathing problems on Saturday as Barcelona drew at home with Alaves. He was replaced before half time by Philippe Coutinho.

The club uploaded a photo of the player, known as ‘Kun’ on Twitter along with the hashtag ‘ForcaKun’ (Strength Kun).