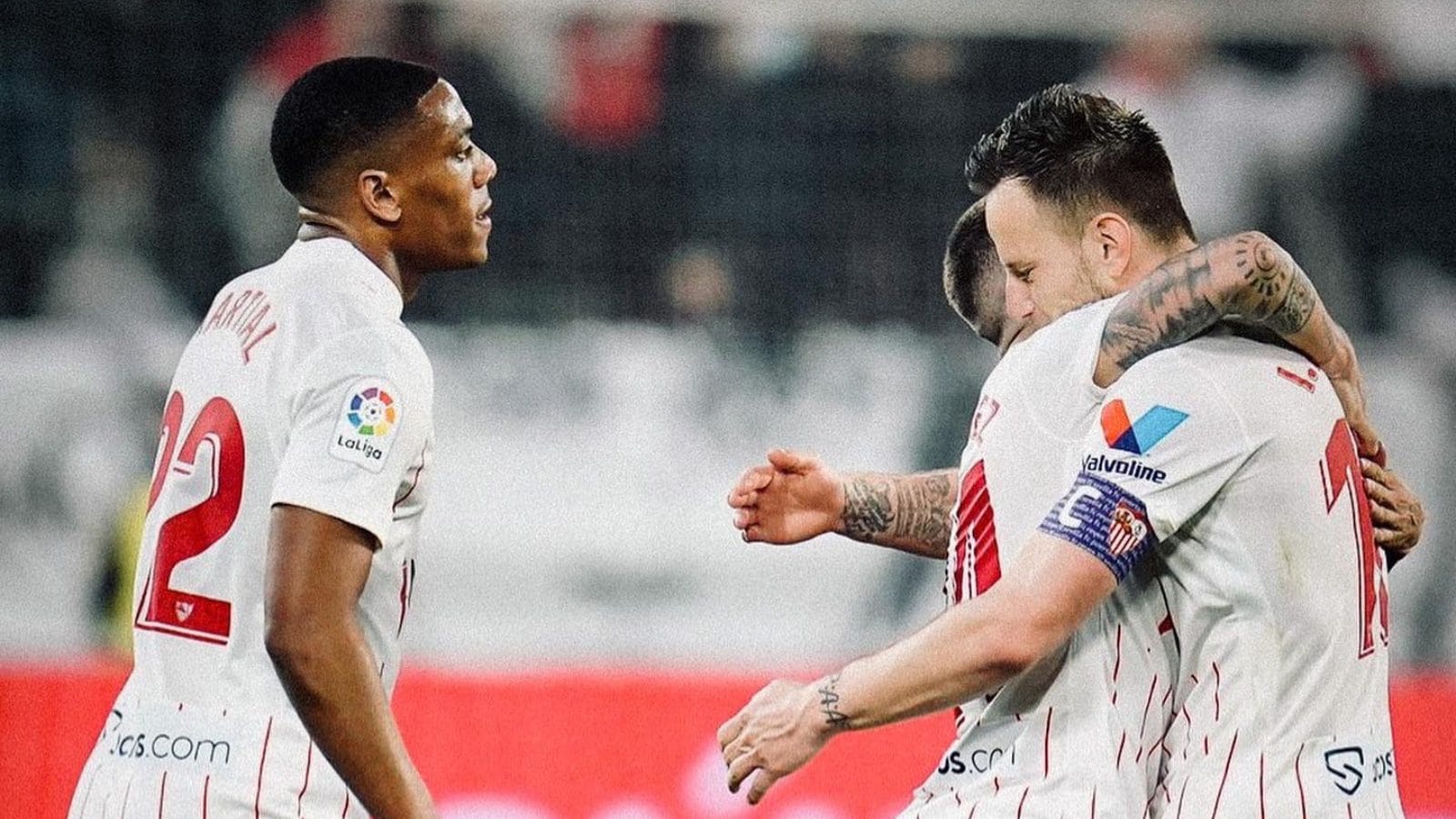 Papu Gomez broke through with an inspired second half goal as Sevilla got back to winning ways on Friday with a 2-0 success against Elche to keep the pressure on Spanish league leaders Real Madrid.

Argentine forward Gomez found the space to blast in after an impressive solo run with 20 minutes to go with new arrival Anthony Martial teeing up Rafa Mir to head in a second five minutes later.

Sevilla’s run of draws had allowed Real to preserve a healthy lead at the top of the table, despite Carlo Ancelotti’s side only winning two of their last four games.

Injuries had played a part in Sevilla’s dip while Ivan Rakitic missing an injury-time penalty in the goalless draw with Osasuna last weekend was particularly hard to take.

Martial, who joined on loan from Manchester United in January, was supposed to provide some freshness.

He made his debut against Osasuna but was rusty after barely featuring for United in the first half of the season.

And the French player stepped against Elche even though the side from Alicante pegged back Sevilla in the first half.

The striker was replaced by fellow Moroccan international Munir El Haddadi after the break.

Gomez provided the spark with his eighth goal for the Spaniards since joining from Italian club Atalanta last year.

Substitute Mir came off the bench after an hour and sealed the three points, latching on to Martial’s cross to beat Edgar Badia in the Elche goal.

For Elche, it was their first defeat of the year after arriving in Seville buoyed by an upturn in form after winning three of their last four matches.