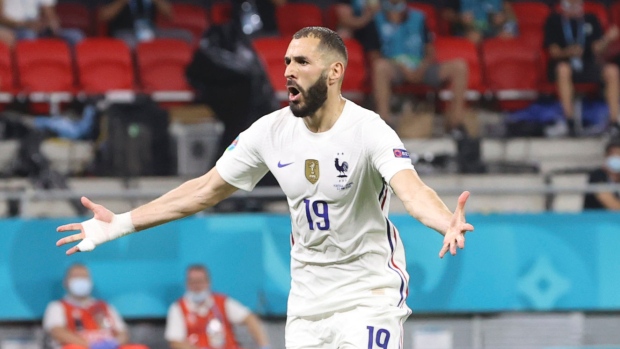 As LaLiga players meet up with their national teams to play World Cup qualifiers, here are five with particularly interesting storylines.

The USA famously missed out on a place at the 2018 World Cup, so making it to Qatar in 2022 is a priority for them and the country’s fans hope that young talents like Sergiño Dest can lead them there. The FC Barcelona right-back is in Gregg Berhalter’s squad for the September qualifiers against El Salvador, Canada and Honduras and he’ll be looking to impress for his national team. Dest also meets up with his country aware that strong performances will help him in his club battle with summer signing Emerson for minutes on the right of Barça’s defence.

Following a six-year absence from international duty, Karim Benzema returned to the France national team set-up for Euro 2020 and the Real Madrid No 9 scored four goals in four games. Now, fans will be able to see the striker in blue again this September, as he looks to fire France towards the 2022 World Cup. This break, they play qualifiers against Bosnia and Herzegovina, Ukraine and Finland.

Take Kubo was exceptional at the Olympic Games, leading Japan to three wins from three in the group stage by scoring in every game, before helping them reach the semi-finals. Ultimately, the host nation lost the bronze medal match, even though Kubo added an assist in that defeat to Mexico. Now, the 20-year-old, who is on loan at Real Mallorca from Real Madrid this season, will look to make a similar impact with the senior Japan national team as they face Oman and China in World Cup qualifying.

Brais Méndez has played one match and scored one goal for Spain, netting the only strike of a 1-0 victory over Bosnia and Herzegovina in 2018. The Celta Vigo playmaker hasn’t played for his country since, but is back on the squad list for La Roja’s September qualifiers against Sweden, Georgia and Kosovo. Luis Enrique explained that he has been impressed by the 24-year-old’s league performances and that he deserves to be back in contention for national team minutes.

The transfer of Alexander Sørloth from RB Leipzig to Real Sociedad stands out as one of the most intriguing of the summer. Big things are expected of the striker and fans of La Real and Spanish football in general will be able to see exactly what Sørloth can do in Norway’s matches against Netherlands, Latvia and Gibraltar, after catching a glimpse of him when he played just over five minutes in his debut against Levante. The striker has 11 goals in 32 caps and will be looking to add to that this September.