LaLiga: 10 years of Diego Simeone, how he turned the Colchoneros into one of Europe’s top clubs 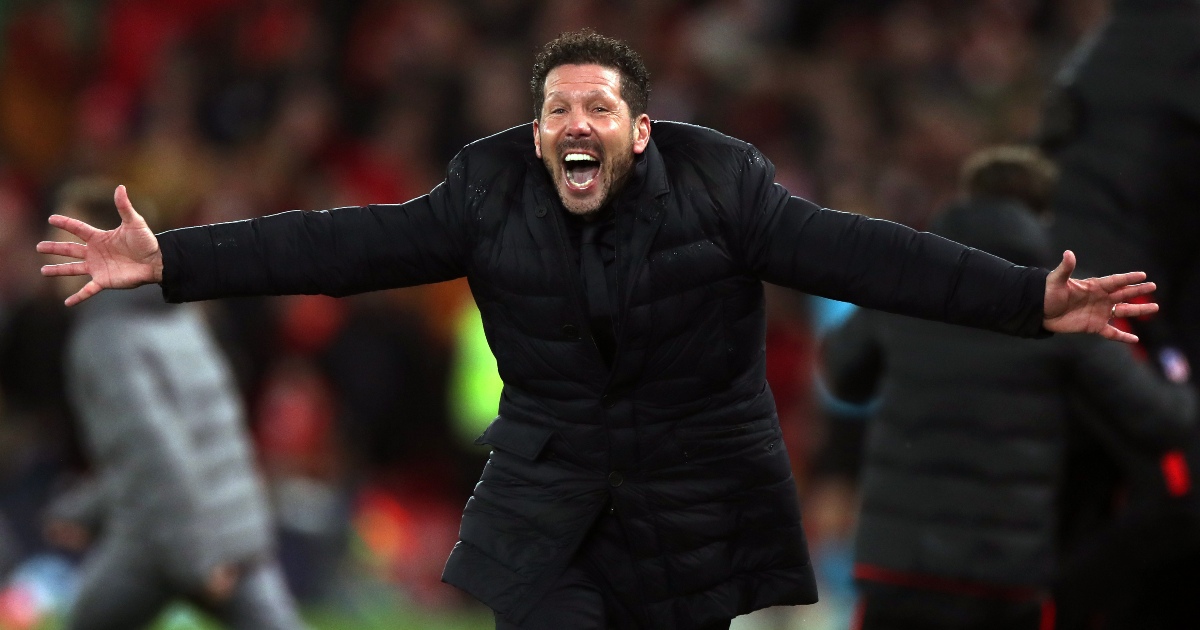 The 23rd of December, 2011 was not just any other Friday for Atlético de Madrid. It was the day that Diego Simeone returned to the club as coach, marking a before and after in Los Colchoneros’ history.

With the team tenth in the table and having just suffered a humiliating Copa del Rey elimination at the hands of third-tier Albacete, the club were looking for a replacement for Gregorio Manzano and considered their former player, who was still just 41 years old at the time. Club president Enrique Cerezo and CEO Miguel Angel Gil Marin made phone calls to Catania – the only European club Simeone had coached by that point – and to River Plate – the biggest club he’d coached at – to evaluate his suitability. They decided that Cholo was the right man, tactically and emotionally, to light a fire under the team.

Simeone didn’t hesitate when the call came in. After hearing from the Spanish club and putting the phone down, his son Giuliano – now on the books at Atletico Madrid B – said “So you’re going to be going up against Lionel Messi and Cristiano Ronaldo?” and then “Doesn’t Radamel Falcao play there?” “Yes” and “yes,” came the replies. With his family as excited as he was, Simeone embarked on this new adventure.

In the decade since, Simeone has taken Atletico to unprecedented new heights. He took over a team that was tenth in the table, but they didn’t stay there for long. By the end of the year, they were fifth and back into Europe, and Simeone steered Atleti to the first of his eight titles as coach by winning that season’s Europa League. Not only did they win the final against fellow LaLiga side Athletic Bilbao by 3-0, with Simeone defeating his former coach Marcelo Bielsa, Atleti won all eight knockout matches they played to reach the showpiece event.

They then thrashed Chelsea 4-1 in the 2012 UEFA Super Cup for Simeone’s second honour, with Giuliano’s favourite player Falcao putting on a masterclass with a hat-trick. That 2012/13 season saw the team win the Copa del Rey and finish third in LaLiga for the first of nine consecutive Champions League qualifications.

Simeone’s greatest achievement has been to win LaLiga twice as coach of Atletico Madrid. The first championship came in 2013/14, when the capital city side had to go to the Camp Nou on the final day of the season and avoid defeat, which they duly did thanks to a historic Diego Godín header and a 1-1 draw. Simeone’s Atleti finished top most recently this year, winning the title with a heart-stopping 2-1 win away at Real Valladolid on the final day of the season to hand the club its 11th national league title.

On his way to winning eight trophies as a coach – the two LaLiga championships, plus two Europa League titles, two UEFA Super Cups, one Copa del Rey and one Spanish Super Cup – the Argentine has broken various records and hit several milestones.

A 2-1 victory over Athletic Club in March 2021 was his 309th in charge of the team and that saw him overtake the legendary Luis Aragones to become the Atleti coach with the most victories ever. Simeone achieved this in far fewer matches too and is closing in on Aragones’ record of games in charge at the club of 612. After his first 10 years in charge, Simeone’s tally of 551 means he could hit this milestone next season.

On a national level, Simeone is already the man to have been head coach at one LaLiga club for the second-most match days in a row. Miguel Munoz’s 417 league games in a row at Real Madrid between 1959 and 1974 is the target in this category and Simeone, on 382 after completing a decade in charge, would also clinch this record in 2022/23.

A transition respected across Europe

As well as the trophies and the records, Simeone has managed to turn Atlético de Madrid from an occasional Champions League participant and perennial underachiever into one of the most feared teams on the continent. They have won four European trophies under his watch, as well as reaching two Champions League finals, and becoming a regular in the knockout stages of Europe’s top continental competition.

The coach has put Atleti in the top 10 of UEFA’s club coefficient rankings and kept them there, something that was unthinkable when he assumed the position.

He openly talks about the club’s growth and the year-on-year progress being made off the pitch too, not least with the move from the old Vicente Calderón to the new state-of-the-art Wanda Metropolitano, a transition that was as seamless as it was thanks to Simeone and the way he kept achieving positive results and kept conducting the fans during matches as if they were his orchestra.

Kiko Narváez, one of his former teammates, famously said that “Simeone was already a coach on the pitch during his playing days.” 10 years into his reign in the Atleti dugout, he is as passionate as ever as he carries out the job that was destined to be his. There will surely be many more years and records to come.