La Liga title race: Final flourish is likely in the fight to the finish 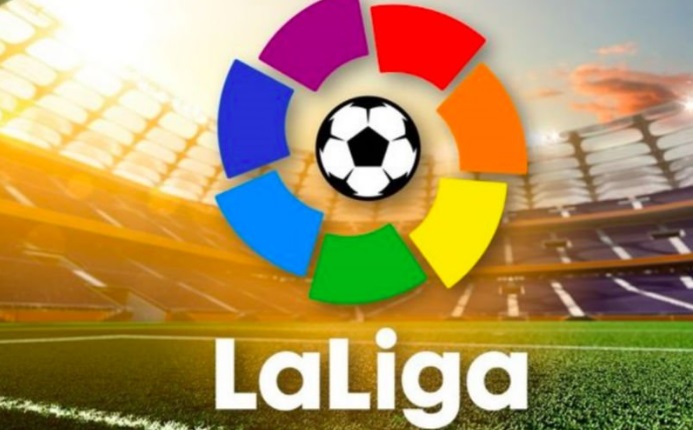 Leaders Atletico head to Barca and Real host Sevilla this weekend in the closest title race since 2006-07.

For Diego Simone, there is “no pressure” on Atletico Madrid even after throwing away a sizeable lead. Zinedine Zidane is trying to keep the mood upbeat at Real Madrid after their exit from the Champions League. Lionel Messi has risked being investigated for a breach in Covid-19 protocol and organized barbeque for a team bonding session at home.

As La Liga enters the home stretch of what has been an entertaining season, the title contenders are making sure they stay focused on the last four matches of the season. After all, pressure is something they haven’t handled well over the past few weeks.

After 20 matches, Atletico had an eight-point lead over Real Madrid and was 11 points ahead of Barcelona. It has now been trimmed to just two points.

In their last 14 matches, Atletico has managed to accumulate 25 points while Real and Barca have garnered 31 and 34 points respectively. Sevilla – who accumulated 31 points in that period – were also in the race till they lost to Athletic Bilbao on Tuesday and are now on 70 points, six adrift of Atletico.

While Atletico have stumbled, Real and Barca have had multiple opportunities to snatch the lead but have failed.

After beating Barca in the ‘Clasico’ and knocking Liverpool out of the Champions League, there was a feeling that the Los Blancos would run away with the title – like they did last season with 10 straight wins. But since then, two goalless draws against Getafe and Real Betis in last four games and the loss to Chelsea in the Champions League semi-final have checked Real Madrid’s momentum. Belief is growing that a long list of injuries in an ageing squad is beginning to tell.

The news of Messi wanting to leave the club and other off-field turmoil, including but not restricted to a presidential election, contributed to Barca starting the season poorly but they got themselves in the thick of things by winning 16 of their 19 matches and drawing three before the Clasico. But the defeat to archrivals Real and another loss to Granada meant they too weren’t able to dislodge Atletico.

This is the closest title fight La Liga has witnessed since 2006-07 season when three teams – Real, Barcelona and Sevilla – were in with a chance of taking the title going into the final day of the season. Madrid and Barca won on the last day whereas Sevilla lost. Madrid finished top by virtue of a better head-to-head record over Barca.

The weekend’s matches will decide who gets ahead in the championship with the top four clashing against each other. Atletico travel to Barcelona while Real host Sevilla.

La Liga Brand Ambassadors, Gaizka Mendieta and Frederic Kanoute felt that the title fight will go down the wire.

“I believe lot of changes (in standings) will happen regardless of what happens this weekend. It may not seem that far but there’s lot remaining to play. The results at the weekend will be a boost for the teams mentally but we will still see a lot of movement in positions,” said Mendieta, the former Valencia, Barcelona and Lazio midfielder during a media interaction on Thursday.

Kanoute, who played as a forward for Tottenham Hotspur and Sevilla, said the close fight is a “dream finish for La Liga”.

“In the past we have seen that everyone was frustrated that (the) same team finished on the top of the table but this season is really competitive throughout. Madrid and Barcelona have come back really strong while Sevilla have had a very strong season. When you look at the remaining fixtures, it’s difficult to say who has the (more) difficult fixtures coming up. It’s going to be very interesting to see how its finishes,” said Kanoute.

“It (weekend’s results) will give an indication but mathematically it is lit bit early (to predict the winner). We never know what is going to happen as this has been a crazy season throughout but it will give a proper mental and psychological advantage to the ones who win this weekend.”

The first of the big matches on Saturday sees Atletico visit Barcelona. A win for Atletico will take them to 79 points, five ahead of Barcelona while a win for the Catalans will give them a one point edge over the team from Madrid. A draw will benefit Real who will move level on points with Atletico at 77 if they beat Sevilla.

Novel coronavirus cases and injuries have created lot of problems for all championship contenders. Atletico were the most affected because they missed Luiz Suarez and Joao Felix through injury and Covid-19. But both are back giving Simeone an almost full-strength roster to choose from when they visit Nou Camp.

If Suarez, 34, can rediscover his early-season form, it will keep Atletico within an arm’s length of their first title since 2013-14. Suarez will be extra motivated against Barcelona where he spent six seasons and scored 147 goals in 191 games but had an acrimonious exit at the start of this season.

Mendieta, who has been involved in many epic matches with Barcelona during his time at Valencia, said Suarez would be up for the challenge.

“The motivation will be extra (for him) not only because the way he left the club but also because his current club is fighting for the trophy. As we know Suarez, he is up for every game, every minute on the pitch he is competitive. He will need to do same against Barca with a motivation that from now on he will have to be even more clinical and more precise than before because every little detailing (sic) in these last four games will be massive. If he gets an opportunity to score, he knows it might be the one that takes his team to the title,” said Mendieta.

Suarez will be up against his good friend Messi, who has scored 10 in last 10 matches including a double in the 3-2 win against Valencia to keep Barcelona in the mix of things. Messi is playing as if he is chasing his last La Liga title with Barcelona – or has rediscovered being happy there, depending on who you speak to – and in such form, he can win any match on his own like he has done in the past.

“The form he (Messi) is in, motivated like he is, it’s vital for Barcelona going forward. It’s kind of contagious when you see your captain as motivated as he is and the way he influences the game, the rest just follow. In that respect Messi has been brilliant,” said Mendieta.

Real Madrid faces fourth-placed Sevilla on Sunday and it a miracle that despite a long list of injuries Zidane has managed to keep them in title contention. Leading the charge has been Karim Benzema, who has 21 goals and eight assists to his name this season.

Of the Frenchman’s impact at Real, Kanoute said: “What he is doing is unbelievable. He was in fantastic form at the end of last season, he was the one running the show and he is holding his team right now.”

It remains to be seen who pips whom at the post but it will be a fascinating race to the title.