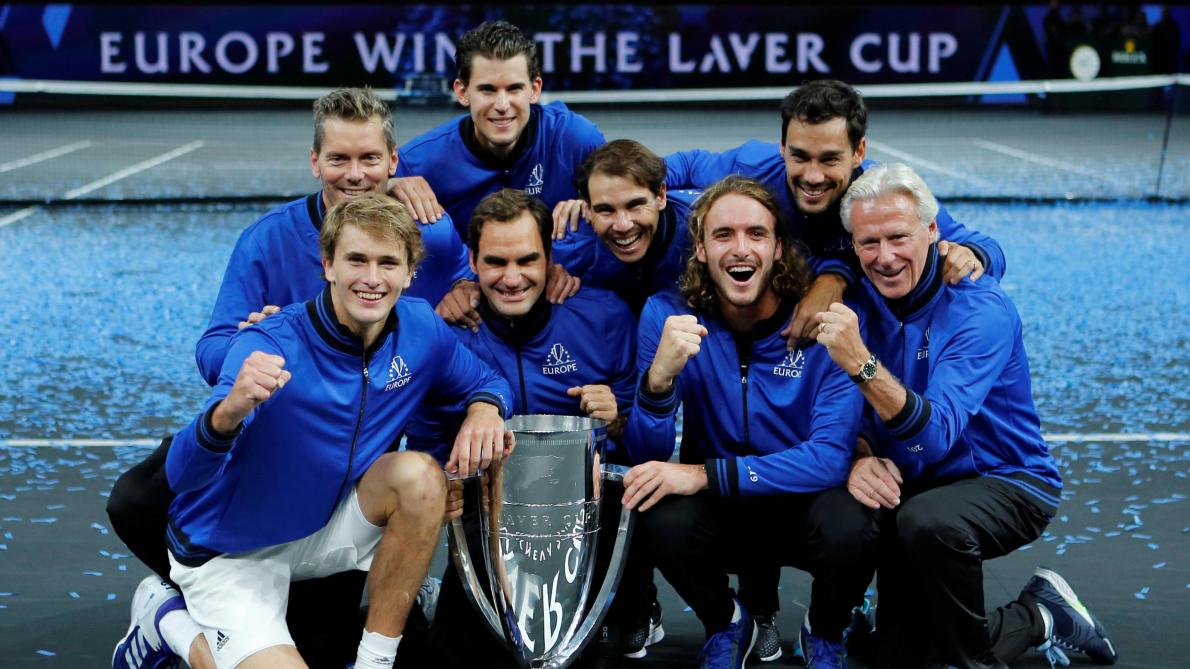 After day one of the Laver Cup in Boston, Team Europe led Team World by a 3-1 margin. The next day, it improved to 11-1 with all four matches going towards Team Europe. On the final day, with Andrey Rublev and Alexander Zverev beating Reilly Opelka and Denis Shapovalov, it became 14-1 for an attainable lead. Team Europe beat Team World for a fourth straight year.

The gap has never been bigger: 15-9 in the first year, 13-8 in the second and 13-11 in the third. And this when there was no Roger Federer, no Rafael Nadal, no Novak Djokovic. The only presence Federer, the person behind the event, out with a knee injury, had was in the stands.

The only win Team World had in their account over the past three days was when John Isner and Denis Shapovalov clinched the doubles match over Alexander Zverev and Matteo Berrettini.

None of Reilly Opelka, Felix Auger-Aliassime, Diego Schwartzman, Nick Kyrgios, Denis Shapovalov or John Isner could beat their higher-ranked opponents. Three of the singles matches went to “Laver Tiebreak” or match tiebreak with only one going close. The result didn’t surprise anyone, the scoreline did.

But they were up against Team Europe who had top-10 players in the world in their midst. Daniil Medvedev came into it as the US Open champion. Tsitsipas made the semis in Toronto and Cincinnati. Zverev won the title in Cincinnati and reached the last-four at US Open. Rublev the final in Cincinnati. Berrettini the Wimbledon final couple of months ago and quarters in New York.

The gulf in quality and form was evident to all. Team World embraced the underdogs tag but offered little fight when things began on court. It once again highlighted tennis’ shift towards Europe’s dominance – also visible at the majors. The last non-European Grand Slam winner was Juan Martin Del Potro in 2009.

“I think the European tennis school developed over the last 20 years maybe a bit more than the American has maybe a little bit. I think the coaching and all that of how tennis is taught maybe has developed a bit better. I say that because, you know, I obviously had my father as a coach and I had European coaches all my life, but I spent a lot of time in Florida in the Saddlebrook Academy, so I know how coaches and the American system works,” said Zverev when asked about Europe’s dominance over the rest.

“I think that for tennis nowadays, of course the big three, the big four, have been dominating tennis. The slams since Del Potro, I think, every single slam went to a European player. But not only those guys but if you look at the depth I think in Europe is much bigger. I do believe that there is a reason for that that just the coaching and how tennis is taught in Europe has developed just simply more than it has in America a little bit,” he added.

Bjorn Borg, Team Europe’s captain, said, “I think Laver Cup should have the best players in the world. That’s very important. You can have one junior or whatever, but it should be the best players. That’s what everybody is like.”

But if the tournament is to be considered a competitive event, and less an exhibition, it must acknowledge the gulf in quality. It must work towards making it even instead of continuing with the David vs Goliath storyline. To highlight the organisers’ preference for big names, Kyrgios was included in the team despite playing a part-time role on tour and dropping to World No 96. Instead World No 17 Cristian Garin, World No 26 Alex de Minaur and US Open quarter-finalist Lloyd Harris were overlooked.

Alternatively, the organisers should have the respective team captains pick players from a pool based on a fantasy gaming format. Both captains get a specific budget and have to pick their team within that stipulated figure. The higher-ranked players are worth more and the lower-ranked ones are worth smaller amounts. It leads to a more even set of players and potentially a competitive tournament.

Additionally, in order to build a legacy tournament, one to emulate the legendary Rod Laver, more juniors and up-and-coming players need to be introduced to give them an opportunity to rub shoulders with the best.

Laver Cup is based on golf’s Ryder Cup format which pits Team Europe against Team USA. The last time either won more than three in a row was between 1971 and 1983 when Team USA triumphed seven straight times. The last four events have been split two-each with the most recent being won resoundingly by USA.

Incidentally, both were held on the same three days and both were won convincingly. The only difference being, one event has been more competitive in its recent editions while the other, still finding its feet and building itself, is unwilling to look beyond the PR and marketing.