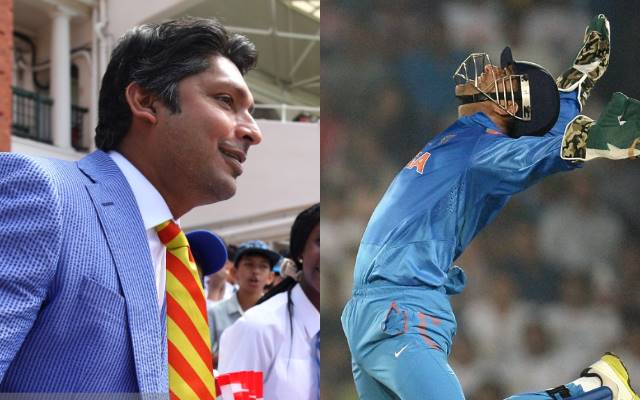 On Dhoni’s 40th birthday on Wednesday, the ICC took to Twitter and posted a tribute video on the former India captain, covering his sharp wicket-keeping skills. “Only for a fraction of a second and Dhoni, like lightning, had those bails off.” Happy birthday to one of the sharpest keepers in cricket history,” the ICC had tweeted.

In reply to it, Sangakkara came up with a gem of a tweet which stated: “Quickest hands in the world during his time not just the East,” which won hearts.

Sangakkara and Dhoni were rival captains for their respective teams for several years, including the 2011 World Cup, where India and Sri Lanka did battle in the final. As India beat Sri Lanka by six wickets to win the trophy at the Wankhede Stadium, besides the image of Dhoni lofting Nuwan Kulasekara into the stands, another image that went viral was that of Sangakkara having a smile on his face.

The world of Twitter quickly jumped to praise Sangakkara for his lovely gesture, with some users lauding the greatness of the former Sri Lanka captain, while the rest compared the two wicketkeeper batsmen and captains. “Sanga is one of the greatest batsman ever in all formats, a true legend. As wicketkeeper too, his accomplishments are incredible. Dhoni was good, but nowhere near him,” one user tweeted.

“Spoken like a champion and legend! No wonder many many fans and players respect you so much,” said another. “So humble and modest of you @KumarSanga2 about the words on @msdhoni,” mentioned another user.

“These words coming from the best keeper batsman Sri Lanka has ever produced! Respect to you as well sir,” one of the tweets said. “Humility at its best. A key quality for a legend, exemplified by praising another legend!,” mentioned another.