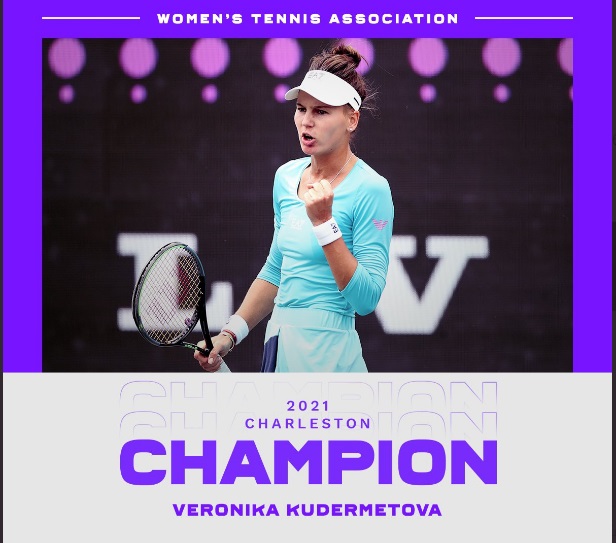 Veronika Kudermetova of Russia won her first WTA title, coming up strong on the big points to beat Danka Kovinic 6-4, 6-2 at the Volvo Car Open in Charleston.

Kudermetova relied on her serve and forehand to push past Kovinic, of Montenegro, who had defeated three seeded players to advance to the final.

Trailing 3-2 in the opening set, Kudermetova fought off three break points to hold serve, then took three of the final four games.

Kudermetova trailed again in the final set, 2-1, but rallied again. She let out a scream when she won a point at deuce in the fifth game, which she subsequently won to go ahead 3-2.

Kudermetova had an ace clocked at 123 mph to win the next game. She closed things out a few minutes later.

The 23-year-old did not drop a set in six matches on the way to the championship at the season’s first clay-court tournament – a feat last accomplished here by Serena Williams in 2012.

“I really enjoyed the play here,” Kudermetova said to the few dozen people watching as she held the championship trophy up high.

The tournament was closed to the general public because of the coronavirus pandemic and matches were also shuffled to a secondary court with the main stadium undergoing a $50 million renovation.

But none of that, it seemed, mattered to Kudermetova, who’ll cherish this win as if she played in a full house.

“Of course, it means a lot. I’m really happy and proud of myself at my first title,” Kudermetova said.

“It’s an amazing week for me. I played really well. I think I deserved this trophy,” she added.