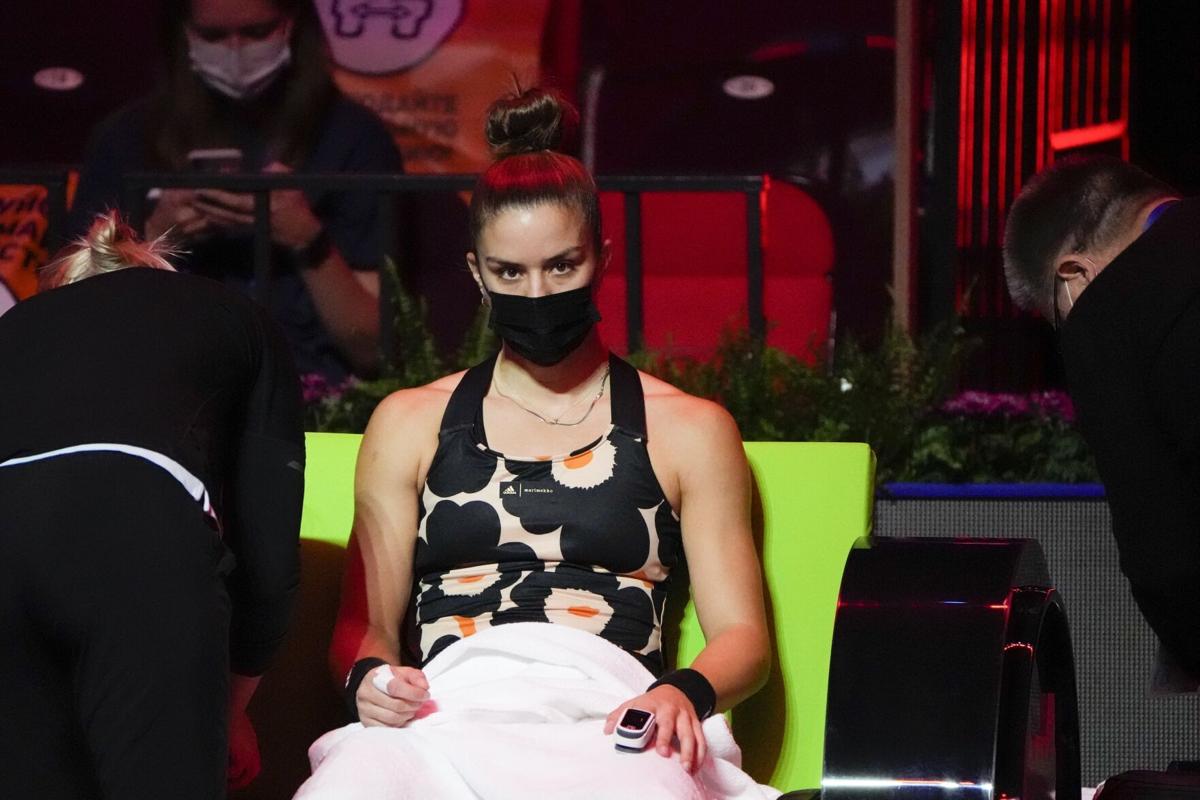 Moscow: Anett Kontaveit will face Ekaterina Alexandrova in the final of the Kremlin Cup after Maria Sakkari retired from her semifinal match with Alexandrova on Saturday.

Sakkari was trailing 4-1 in the first set when she retired. Tournament organisers said she cited dizziness.

Sakkari is ranked seventh in the world and secured a place at the season-ending WTA Finals earlier this week when she reached the quarterfinals in Moscow.

Alexandrova reached her first tour-level final since winning the Shenzhen Open in January 2020 and has a 1-1 career record in finals.

In Sunday’s final, Kontaveit will bid to win a third title in as many months after beating Marketa Vondrousova 6-3, 6-4 in the other semifinal match. The Estonian took a big lead early in both sets but took her time closing out the match on the fourth match point.

“I thought it was a very difficult match. I was trying my hardest and Marketa is such a nice girl and a tough opponent and a tricky opponent to play against,” Kontaveit said. “I’m so happy to be in the final.”

Kontaveit has a 3-6 record in finals, with one other title shared when the final of this year’s Grampians Trophy couldn’t be played because of schedule problems caused by pandemic restrictions. She won her only previous match against Alexandrova at last year’s Ostrava Open.

In the men’s tournament, Aslan Karatsev reached his third final of a breakout 2021 season by beating fellow Russian Karen Khachanov 7-6 (7), 6-1 and will face two-time Kremlin Cup winner Marin Cilic for the title. Karatsev saved four set points in the first-set tiebreaker as he turned around a 6-3 deficit.

Karatsev started the season by reaching the Australian Open semifinals on his Grand Slam debut and followed up with the Dubai Open title in March and as Serbia Open runner-up in April. He hasn’t reached a final since.

Cilic, who won the tournament in 2014 and ’15, came through his semifinal match 6-3, 6-4 against Ricardas Berankis after going a break down in the second set.