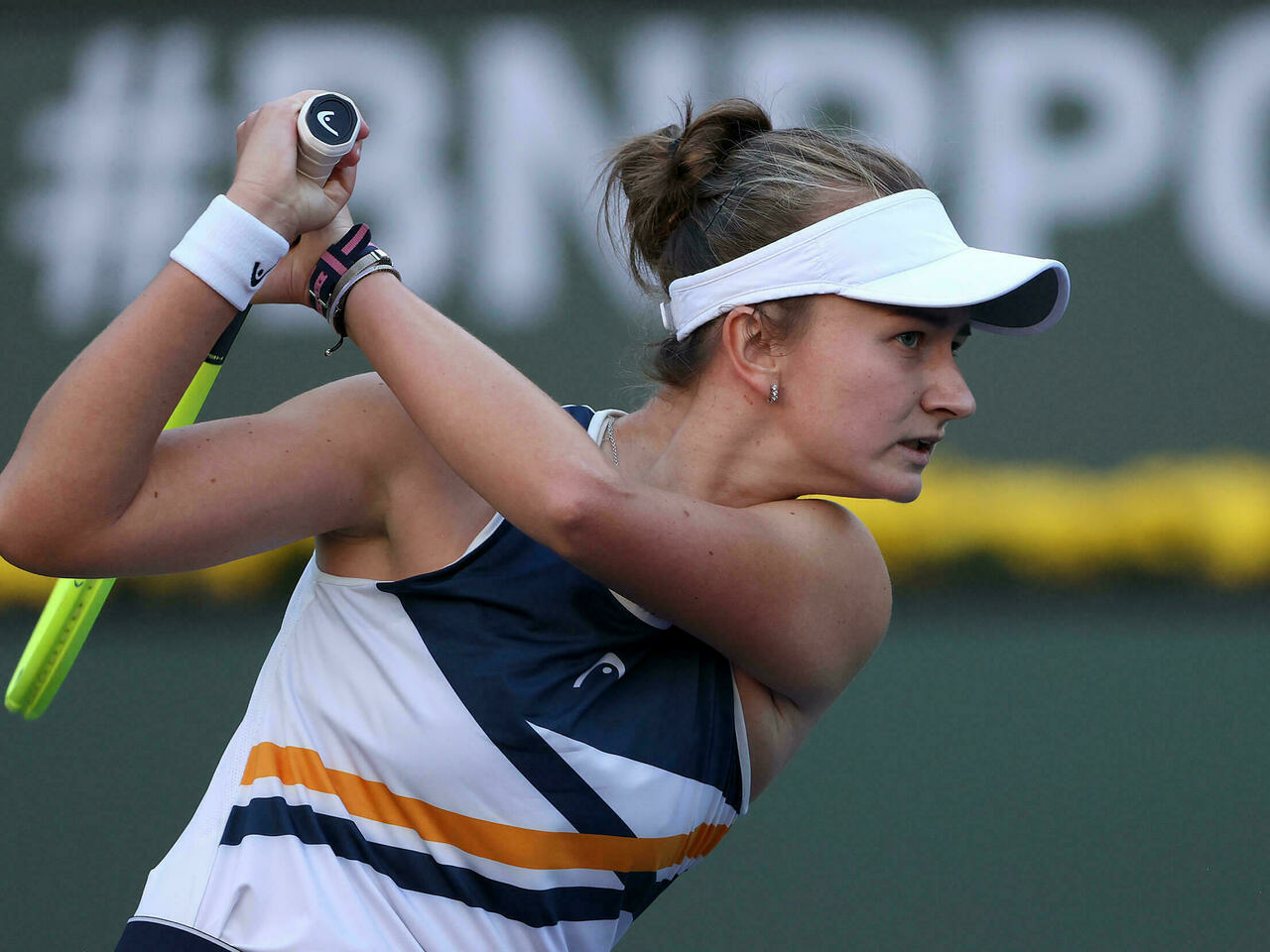 French Open champion Barbora Krejcikova said Thursday she expected to play the Bilie Jean King Cup finals in Prague with “a big red target” on her back amid huge expectations.

Having ended 2020 as the world number 65, the 25-year-old Czech is now the world number four and will be the top-ranked player at the maiden edition of the rebranded Fed Cup tournament on November 1-6.

“I have a big red target on my back and everyone will want to take it down,” Krejcikova told reporters.

“On the other hand, the less I admit this to myself, the better I will play,” added Krejcikova, who has won three WTA tournaments during her breakthrough year of 2021.

“I’ve had good results this year and I’ll keep going at 100 percent until the end of the season.”

The Czech Republic has won six of the last nine editions of the Fed Cup, and Krejcikova could only celebrate once in 2018, when she stayed on the bench.

“I’ve never been in this situation. I hope it will be OK, but we will only learn when the team meets and then on the court,” she said.

Krejcikova was long known as a doubles specialist, and she is still ranked third for doubles owing to a solid career side by side with compatriot Katerina Siniakova.

The two have won three Grand Slam titles together, including this year’s French Open, as well as the Tokyo Olympic crown.

“I feel well, I try to gather as much energy as possible over the day so I can then deliver on the court,” said Krejcikova, who will team up with Siniakova, Olympic finalist Marketa Vondrousova, Tereza Martincova and Lucie Hradecka for the tournament.

Prague has taken over from Budapest as the host city after the first edition was cancelled over the Covid pandemic last year.

The Czechs face Germany and Switzerland in the group stage.

“The season is long and I am getting ready mentally, knowing it will be tough, but at the same time I’m looking forward to it a lot,” said Krejcikova.

“I love team competitions. Even as a junior, when I had the opportunity to play for the national team, I went for it.”

Krejcikova last played at Indian Wells, where she crashed out in the round of 16 at the hands of the eventual champion, Paula Badosa.

“I’m happy — I lost to the champion who is moreover a very good friend of mine so I wanted her to do well,” she said.

Krejcikova also had the opportunity to meet Billie Jean King in the United States.

“It was absolutely great, I had met her before but not after the success I’ve had,” said Krejcikova.

“She asked me what to see in Prague and where to go. So I said Charles Bridge, Prague Castle, the Astronomical Clock and the Old Town Square,” she added.

Krejcikova, who will end the season at the WTA Finals in Mexico in November, said she was looking forward to seeing her fans and family at the indoor hard court of Prague’s O2 Arena.

“But now that I come think about it, my legs are trembling,” she said.