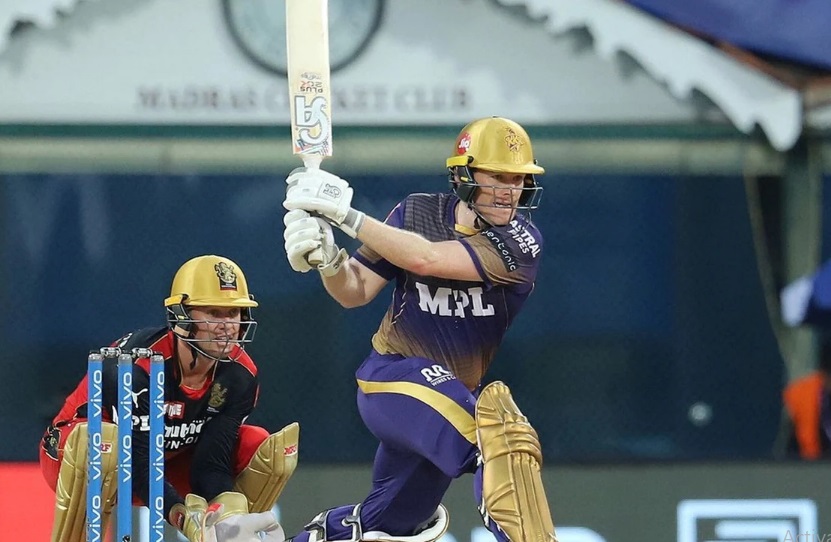 Eoin Morgan has no doubts he will rediscover his form in the Indian Premier League (IPL) and the Kolkata Knight Riders captain says he is just waiting for something to click.

Kolkata, with the top order wilting again, suffered an 18-run loss, their third in four matches, to Chennai Super Kings in Mumbai on Wednesday.

The two-time champions’ struggles mirror that of skipper Morgan, who now has scores of seven, 29, seven, and two in the last four matches.

“Everything is about the process. I’m going about things in an extremely positive way,” Morgan told reporters after the loss.

“I’ve been here a long time now, obviously been here on international duty for a month pre-IPL, and I’ve been practicing well.

“It’s a matter of time before something comes together.”

Chasing 221 for victory, Kolkata slumped to 31-5 in the sixth over, and despite fiery fifties from Andre Russell (54) and Pat Cummins (66 not out) down the order they could not get the win.

Morgan said Kolkata probably conceded 20 extra runs but felt the loss was due to their top order’s failure.

“If you look at the position that we were in after the powerplay onwards and only falling 20 runs short, you don’t have to be an optimist to think that we would have been in a really good position if we batted better at the top of the order,” added England’s World Cup-winning captain.