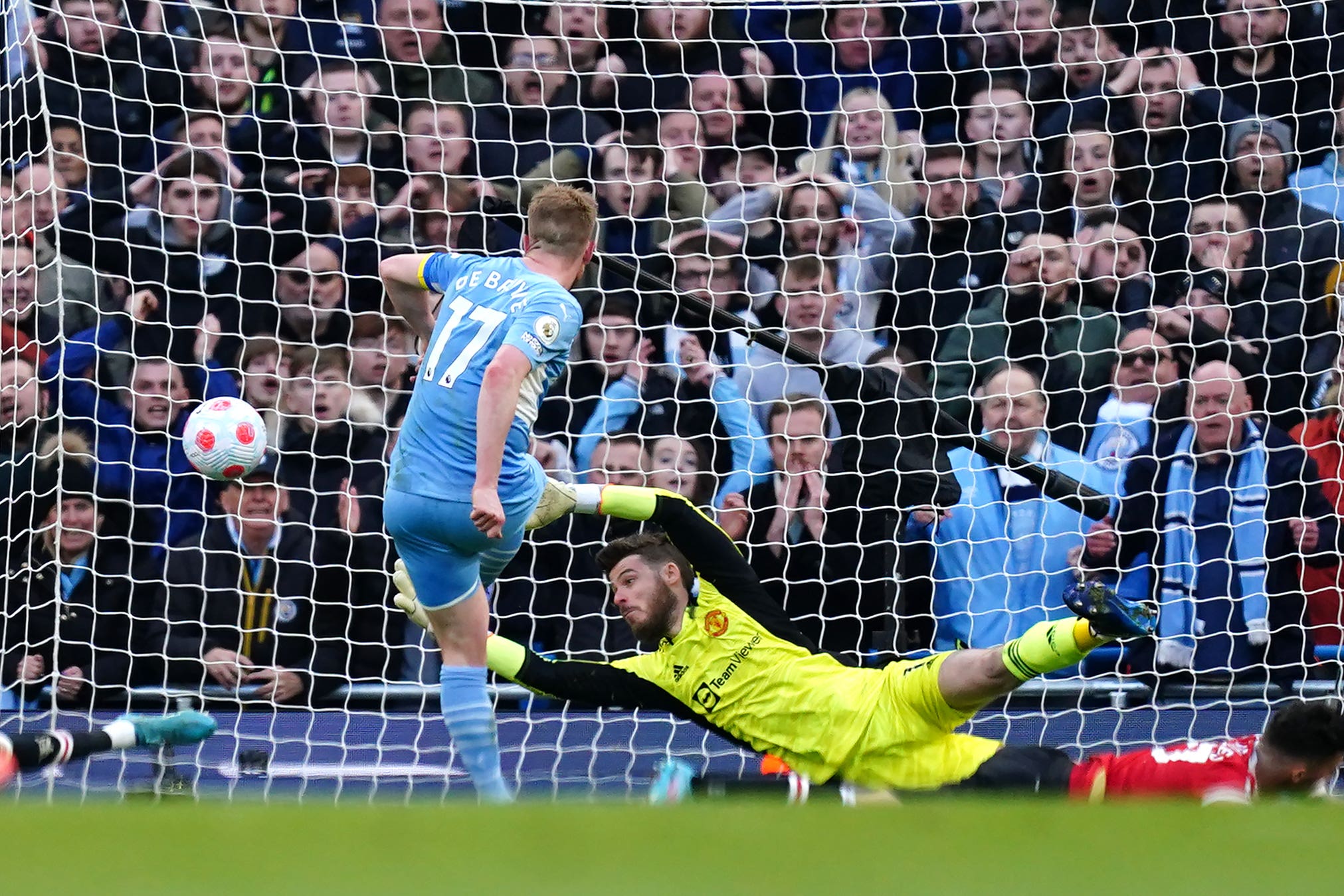 Kevin De Bruyne and Riyad Mahrez each scored twice as Manchester City sealed a 4-1 victory over cross-town rivals Manchester United in their derby meeting in the Premier League on Sunday. Playing at the Etihad Stadium in front of their home fans, City made a flying start as they took the lead in the fifth minute, courtesy of a De Bruyne strike. Running into the middle inside United’s box, De Bruyne neatly finished off a pass from the left flank to put his side ahead. United didn’t take too long to respond. After a couple of half-chances that United failed to take advantage of, Jadon Sancho cut in from the left during a counter-attack and curled in the ball spectacularly into the back of the net to level the scores.

City dominated the second half and Riyad Mahrez scored with a thunderous half-volley that took a deflection on the way in the 68th minute.

The Algerian winger then put the icing on the cake for City with a goal in the 90th minute to seal a comfortable 4-1 win.

Cristiano Ronaldo missed the game on Sunday as Ralf Rangnick did not name a recognised striker in his starting line-up at the Etihad.

Edinson Cavani also missed out due to injury, while Marcus Rashford was left on the bench as Rangnick opted for Elanga and Sancho in a makeshift attack.

Raphael Varane and Luke Shaw also sat out the game for United due to testing positive for coronavirus.