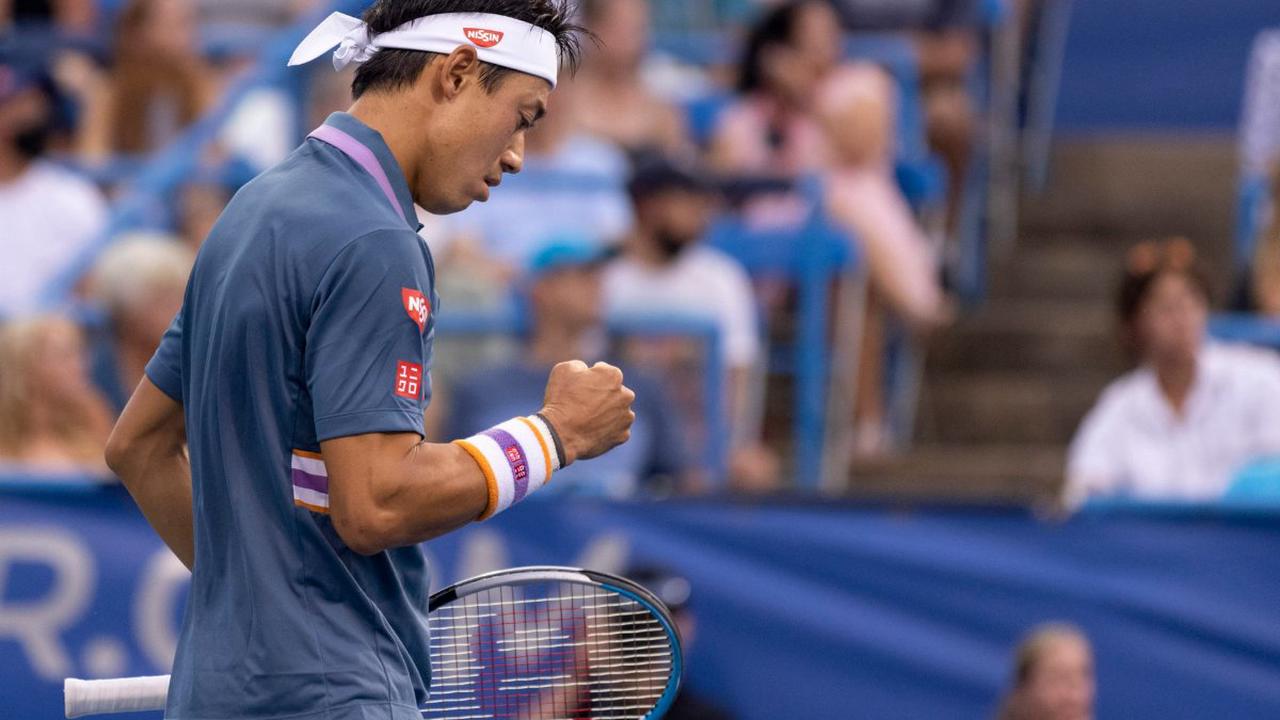 Nishikori had lost six consecutive tour-level quarter-finals, including one to Harris in March at Dubai, but this time dispatched the 24-year-old, who defeated Rafael Nadal on Thursday.

“This feeling, I hope I can carry couple more weeks until US Open. This makes me great confidence. I hope I can keep going two more matches.”

Nishikori, the 2015 Washington champion, arrived after a Tokyo Olympic quarter-final loss to top-ranked Novak Djokovic and battled jet lag when the week began.

“I was tired coming from Japan. It wasn’t easy,” Nishikori said. “But I got a couple days’ rest and I managed to fight through the first couple rounds.

“I’ve been serving well this week. I make a good rhythm with my serve and that makes a huge difference.”

Now the 31-year-old Japanese star, the 2014 US Open runner-up, will play in his first semi-final since April 2019 at Barcelona.

Nishikori could reach his first ATP final since taking the most recent of his 12 career titles in January 2019 at Brisbane.

Harris double-faulted away a break in the opening game and Nishikori broke again on his way to a 4-0 lead and claimed the set after 45 minutes.

In a back-and-forth final set, Harris saved match points with an ace and service winner but misfired on a Nishikori’s third match point to fall.

“I started almost too good at the beginning,” Nishikori said. “Things got tight after that. Second set was up and down. I saved well with good serve. It could go both ways but I took some chances and very happy with how I played the last game.”

McDonald, seeking his first ATP final, reached his only prior semi-final in 2019 at Delray Beach.

Jenson Brooksby is the sort of player I love to watch…lots of variety..high tennis IQ….great in defence..🔥
His slice and backhand volley are almost identical to Florián Mayer.#tennis @atptour

Sinner, a 2020 French Open quarter-finalist, seeks his third ATP title after Sofia last November and Melbourne in January. But first he must get past Brooksby, who hasn’t dropped a set all week.

British three-time Grand Slam champion Andy Murray tweeted that “Brooksby is the sort of player I love to watch…lots of variety..high tennis IQ….great in defence..”

“That’s great words to hear from Andy,” Brooksby said. “He has been one of the best in the sport and a great guy to look up to. That means a lot.”

Brooksby, runner-up last month at Newport in his first ATP final, ousted Canada’s 15th-ranked Felix Auger-Aliassime on Thursday for his first victory over a top-50 foe.