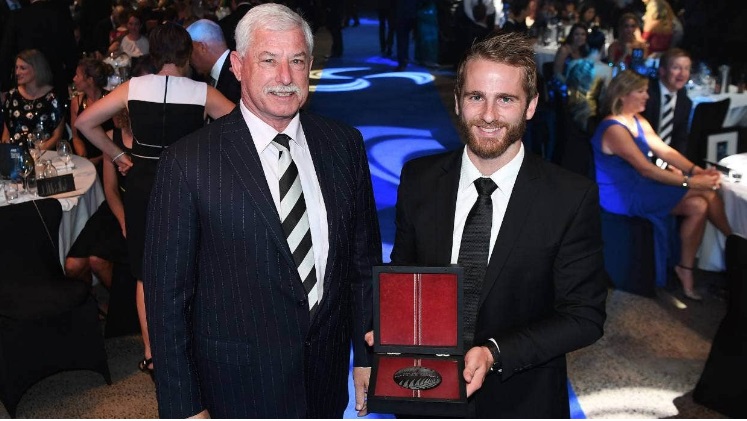 New Zealand men’s captain Kane Williamson on Tuesday was awarded the Sir Richard Hadlee Medal for the fourth time in six years, while Amelia Kerr and Devon Conway claimed double honors at the New Zealand Cricket Awards for the 2020-21 season.

Williamson’s incredible home Test summer helped him claim the supreme award, along with the International Test Player of the Year and the Redpath Cup for first-class batting, after he amassed a whopping 639 runs in just four innings at an average of 159.

In bowler-friendly conditions, Williamson, the ICC ranked number one Test batsman recorded his top international score of 251 against the West Indies at Seddon Park in Hamilton, then a Boxing Day Test century on his home ground of Bay Oval in Tauranga, before adding another double-century against Pakistan at Hagley Oval in Christchurch — to help the BlackCaps book their place in the ICC World Test Championship final against India.

“Going into the Test summer — there was that Championship Final carrot and there was a real drive there for the guys. Although it seemed a long way off, winning four tests before you’ve started one is a pretty lofty goal and we knew we just had to try and play as well as we could and commit to what was in front of us,” Williamson said in an official NZC release.

“To do that for a long period of time and to spend some time at the crease personally and make contributions towards that … certainly pretty proud as a leader and a player in this side that we were able to achieve some of those things and we’re looking forward to that final,” he added.

Williamson also made special mention of the International Test Player of the Year award.”Test cricket is special in a big way to all the players and certainly to myself. Growing up watching the game, the tradition, and history behind it — and I know all around the world cricketers still see it as the pinnacle of the game so it’s an award I feel fortunate to receive,” said Williamson.

Kerr’s all-around skills and fielding prowess saw her win the Super Smash and the T20I women’s awards. The leg-spinning all-rounder played a key role in the White Ferns’ upset wins over Australia in Brisbane before Christmas and in Napier last month.

Fellow rising Wellington star Devon Conway made every post a winner in his first international season and was rewarded with the men’s ODI and T20I Player of the Year awards. The elegant-left hander smashed 473 T20I runs at an average of 59, strike rate 151, with four half-centuries and a top score of 99.

Stand-in White Ferns captain Amy Satterthwaite was named the women’s ODI Player of the Year, after taking some time off to have a baby and returning to the fold to score 304 runs at 38, including a top score of 119 not-out against England in Dunedin.

Kyle Jamieson’s electric form in the Test arena was honored as he won his first NZC Award — the Winsor Cup for first-class bowling. Jamieson was the lethal weapon in the BlackCaps Test attack, snaring 27 wickets at the phenomenal average of 12, including his Player of the Match 11-wicket haul in the final Test win over Pakistan in Christchurch. Jamieson also claimed 20 wickets in just three Plunket Shield games for the Auckland Aces, including a memorable hat-trick at the Eden Park Outer Oval.