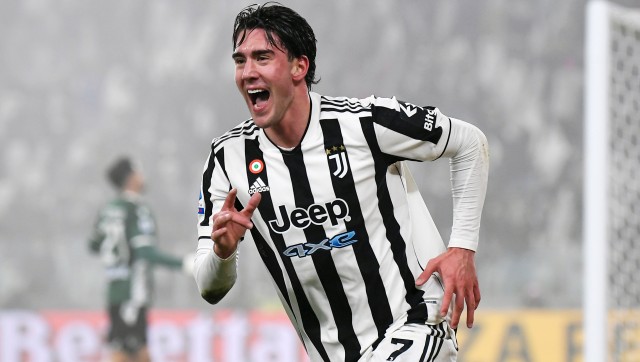 Turin: Alvaro Morata said on Monday he stayed at Juventus in January after coach Max Allegri insisted the arrival of Dusan Vlahovic would help him.

Allegri suggested in a press conference that Morata will start up front alongside Vlahovic on Tuesday, when Juve play away at Villarreal in the first leg of the Champions League last 16.

Morata was reportedly close to joining Barcelona during the January transfer window after Juventus signed Vlahovic for €80 million from Fiorentina.

“It’s not important,” said Morata when asked about Barca’s interest.

“We talked with the coach during the transfer window, about his ideas, and he told me the arrival of Dusan would help me and that has been the case. I’m happy to be here. If it depended on me, I would always stay here.”

On Allegri’s role in persuading him to stay, Morata said: “I have always felt his confidence, since we started working together. He is the first to ask me things, but he knows what I am and what I am not.

“He told me that I had to stay and that he trusted me. Now I have to give everything to return his trust.”

Vlahovic scored on his Juventus debut against Genoa earlier this month to continue a sensational season in which the 22-year-old had already hit 25 goals in 21 games for Fiorentina.

“He has given us all extra energy,” said Morata. “You can see in his eyes how much Dusan is looking forward to tomorrow’s match. He only brings positive things. He is young and he has a wonderful career ahead of him. He’s adapted right away.”

Allegri, though, wanted to calm expectations around Vlahovic, who will be making his Champions League debut against Villarreal, the reigning Europa League champions, who sit sixth in La Liga.

“Vlahovic is just starting in the Champions League,” said Allegri. “You can’t put all the responsibility on him because you need a lot of experience that he doesn’t have, you have to support him.

“When he has played 60 or 70 games, he will be a totally different player. It’s not just a technical question, but also a psychological one, a question of pressure.”

Juventus have enjoyed an upturn in form in recent weeks, although two consecutive draws against Atalanta and Torino have dented their hopes of a late challenge for the Serie A title.

Villarreal have also improved in the second half of the season, losing only once in their last 10 La Liga games.

“They’re coming off a good period, like us,” said Allegri, who also confirmed Leonardo Bonucci would be available after recovering from injury.

“They are a top team, with a lot of physicality. I think it will be a tactical match, decided by little details.”