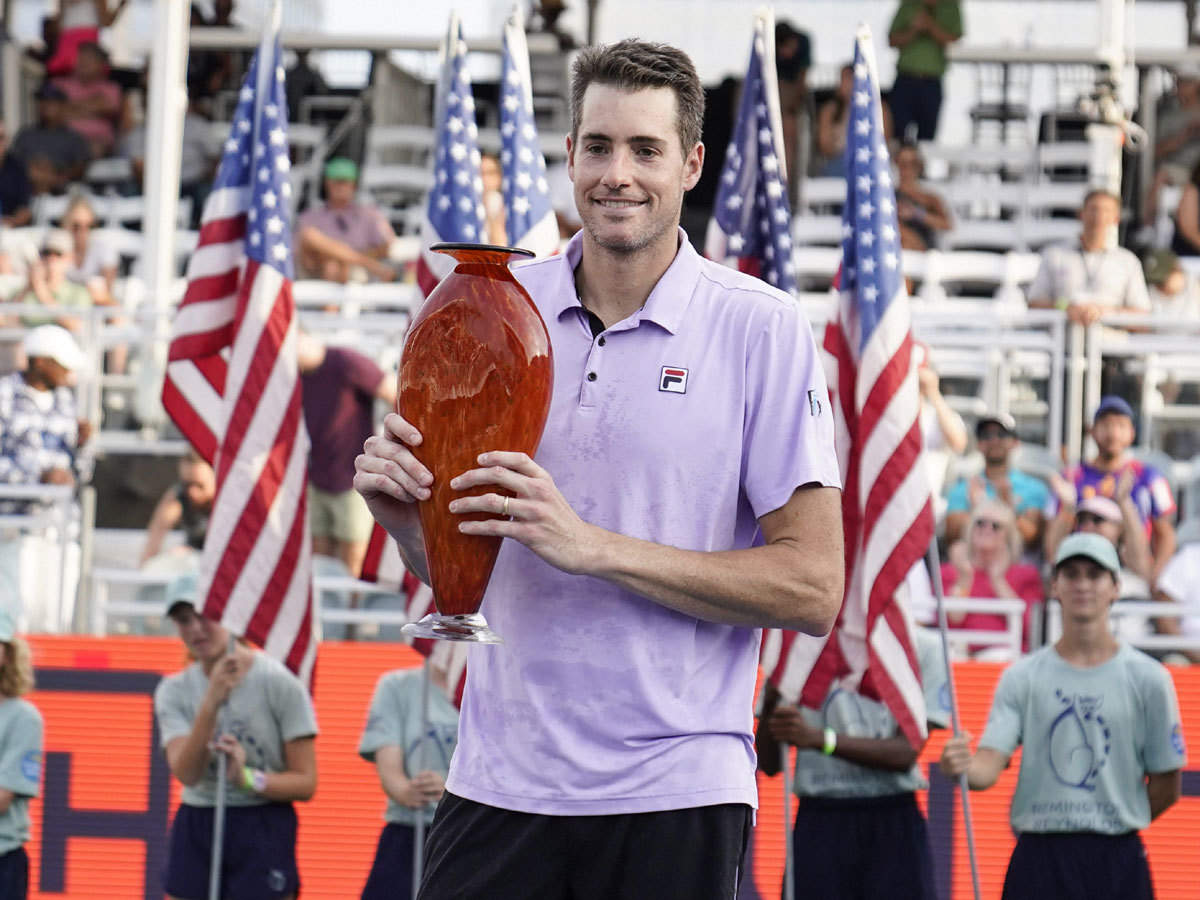 “I can’t believe I’ve won this tournament six times. We’ll see if I can do it seven times next year,” Isner said.

“Today I was just a little bit luckier. That’s what it came down to.”

It was 36-year-old Isner’s first ATP final since winning two years ago on Newport grass.

“It was great to be back out here playing on a Sunday again. It was awesome,” Isner said. “It’ll give me a lot of confidence for sure.”

Nakashima, the youngest-ever Atlanta finalist at 19, reached his second career ATP final and second in as many weeks after falling to Britain’s Cameron Norrie last week at Los Cabos.

He’s due to leap from 115th in the rankings into the top 100 for the first time on Monday.

“It was a really good week this week,” Nakashima said. “I’d like to congratulate John. Winning this event six times is an amazing achievement.”

Nakashima, who beat Isner in a semi-final last week in Mexico in their only final meeting, is the first US teen to reach ATP finals in back-to-back weeks since 18-year-old Andy Roddick at Atlanta and Houston in 2001.

“I’m twice your age, dude,” Isner told Nakashima. “I don’t know how many times we’ll get to play but it was very special to me.”

Isner, ranked 35th, had reached eight of the prior 10 Atlanta finals before last year’s event was wiped out due to COVID-19 .

In the tie-breaker, Isner won a point off Nakashima’s serve for a 9-8 lead then seized the lead on his fourth set-point opportunity.

Isner hit a backhand winner to jump ahead 0-40 in the 10th game of the second set, but Nakashima rescued three match points and later denied Isner on a fourth and held to pull level at 5-5.

Isner thwarted Nakashima on two break points with aces in the 11th game and held, then forced a fifth match point in the 11th game. Nakashima, who had 12 aces, double faulted for the third time to hand Isner the victory after one hour and 56 minutes.

After time off, Rafael Nadal set to return to competition at Citi Open as part of US Open tuneup
US teen Nakashima reaches second successive ATP final