Jofra Archer Ruled Out of All Cricket in 2021; to Miss IPL, ICC T20 World Cup and Ashes 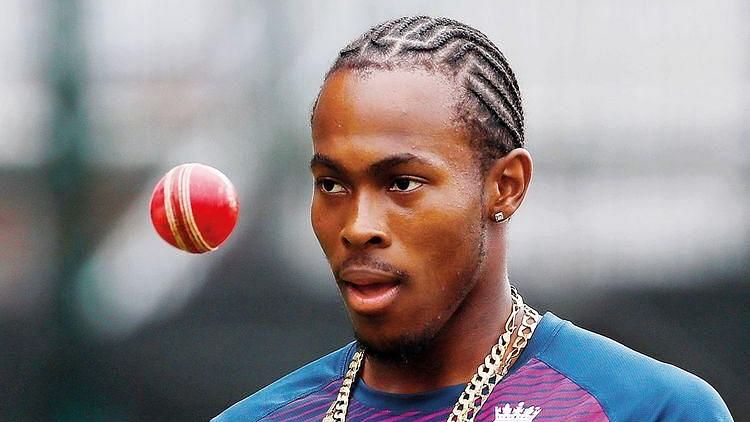 In a major blow to England, pacer Jofra Archer has been ruled out of all cricket for the rest of 2021 due to a recurrence of a stress fracture of his right elbow, the England and Wales Cricket Board confirmed on Thursday. Archer will miss the Test series against India, the IPL for Rajasthan Royals, the ICC T20 World Cup and the Ashes.

“The England and Wales Cricket Board can confirm that England fast bowler Jofra Archer underwent further scans on his injured right elbow last week. The scans revealed that he has suffered a recurrence of a stress fracture of his right elbow.

“The 26-year-old, who had an operation in May to remove a bone fragment from his elbow, returned to play last month. As part of his return-to-bowling programme, he became aware of increasing discomfort in his elbow during matches for Sussex in the Vitality Blast and a 50-over friendly against Oxfordshire. The operation is not related to the stress fracture that sidelined the player previously.

“He will now spend time on an extended break from cricket before returning for a medical review in early autumn,” ECB said in a statement.

Archer was to feature in The Hundred. However, the injury persisted further. Other than The Hundred, Archer was also lined up to play for Sussex in the Royal’s London Cup campaign before England’s Test series against India.

England now have two multi-format players sidelined due to injuries and with the T20 World Cup and the Ashes scheduled this year, the ECB have plenty of work cut out. Chris Woakes is also on the injured list after picking up a heel injury. Ben Stokes has taken a break to take care of his mental wellbeing.