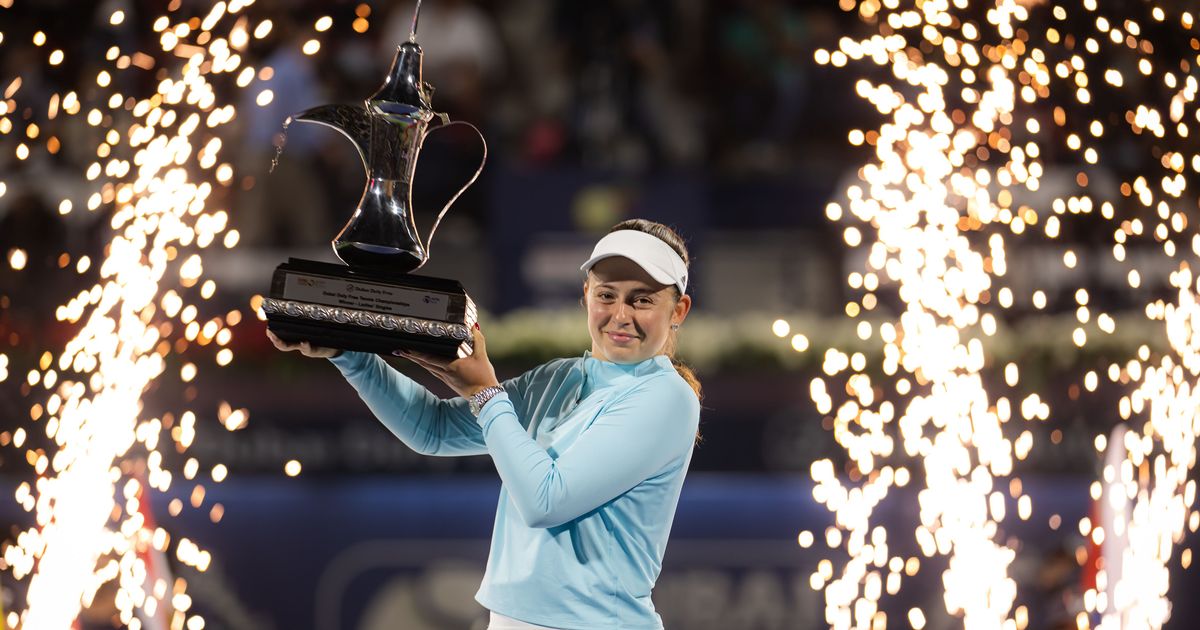 Dubai: Jelena Ostapenko capped a statement week in Dubai by lifting her first hard-court title since 2019 with a dominant 6-0, 6-4 victory over Veronika Kudermetova in the final on Saturday.

It was a first meeting between the pair, and a first Dubai final between two unseeded players since 2016.

Ostapenko reached the final by taking out four Grand Slam champions — Sofia Kenin, Iga Swiatek, Petra Kvitova and Simona Halep — and having come back from a set down in her three previous matches.

The 24-year-old from Riga, who is set to return to the top 20 for the first time since 2018, seems to have recaptured the powerful and aggressive form that earned her a Roland Garros title four and a half years ago in Paris.

“I think I played really well today. In general I’m really happy with the whole week because it was very tough opponents I had to face every round,” Ostapenko said on court after the win.

“I was fighting until the very last point, I was even down match point against Petra and every match was very tough. I was fighting, that was the main thing I was doing, because I had honestly no other choice.

“I’m really happy with the way I was playing all week and I think this way I can gain more confidence.”

Kudermetova also had her fair share of big wins in the Emirates this week as she ousted defending champion and two-time major winner Garbine Muguruza and two-time Australian Open champion Victoria Azarenka on her way to her second final appearance of the season.

Ostapenko and Kudermetova also advanced to the doubles final in Dubai, marking the first time two players have squared off in both the singles and doubles title deciders at the same WTA tournament since Lugano in 2018.

Two service breaks for Ostapenko saw the Latvian race to a 5-0 lead inside 17 minutes and she fired a ruthless return winner to complete the bagel moments later.

Kudermetova finally got on the board at the start of the second set, opening her account with a service break to carve out a 2-0 gap.

But the Russian’s lead didn’t last long as Ostapenko continued to punish her with devastating returns and they were soon on level terms.

Ostapenko claimed a crucial break of serve to inch ahead 5-3 but the Latvian couldn’t close out the victory at the first time of asking, handing the break right back to Kudermetova.

The Russian saved a match point on her serve at 4-5 but it only delayed the inevitable as Ostapenko wrapped up the win on her second opportunity.

Ostapenko will rise to 13 in the world rankings on Monday and is determined to continue her ascent and go even higher than her previous career-best mark of five.

Meanwhile, Kudermetova, who is now 1-3 in career finals, will hit her highest ranking on Monday, moving up to 25 in the world.

“I beat a lot of good players this week. It was very emotional for me. Maybe I was not ready mentally for that final today. But I hope I can take a lesson from that final and next time I will do better,” said the 24-year-old Kudermetova.