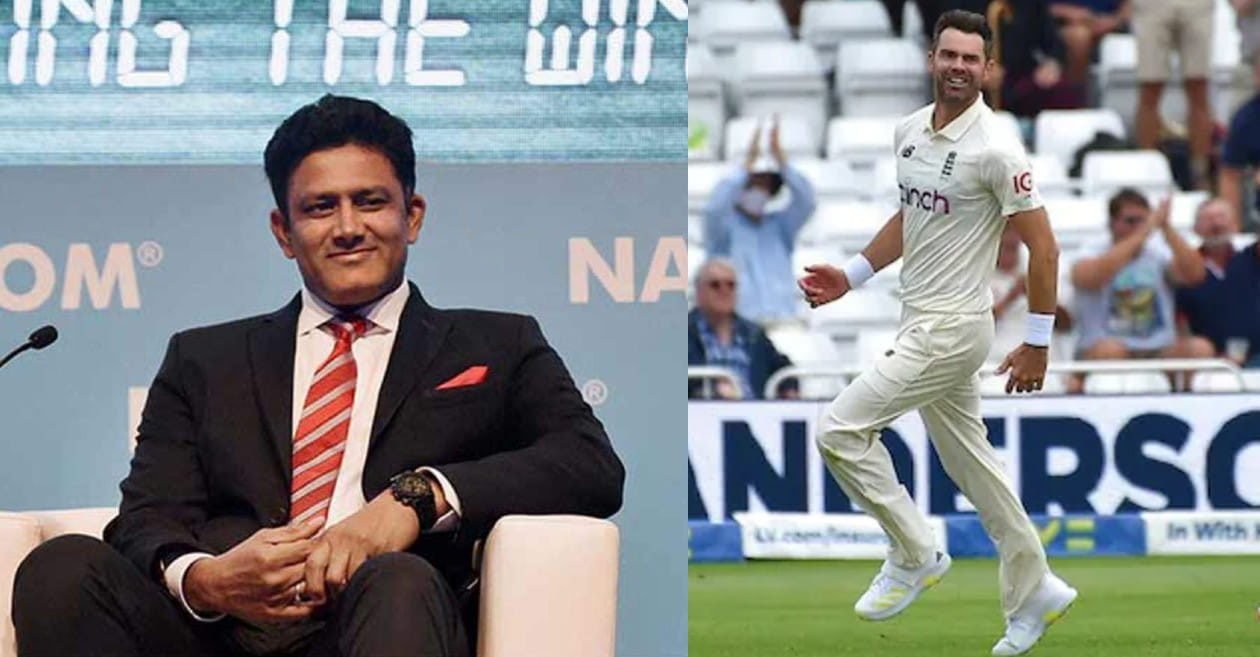 England pacer James Anderson dismissed KL Rahul on Day 3 of the ongoing first Test match to overtake former India spinner Anil Kumble to become the third-highest wicket-taker in Test cricket. The 39-year-old took his tally in Tests to 621 wickets as he dismissed Shardul Thakur shortly afterwards, ahead of Kumble’s 619. The veteran is behind first-placed Muttiah Muralitharan (800) and second-placed Shane Warne (708). Anderson reached the landmark after Lunch on Friday, sending Rahul back to the pavilion in the fifth delivery of the 69th over.

Anderson bowled a full delivery, outside off to Rahul. The Indian batsman edged it to Jos Buttler, while trying to direct it through mid-off.

Anderson has also reached this landmark in his 163rd match for England.Ahead of the series, Anderson had revealed that his wife talked him out of retirement after plenty of injuries.

During the 2019 Ashes, he just managed four overs after a recurrence of a calf injury, due to which he had to pull out in the opening stages of the first Test.The ongoing first Test match is currently taking place at Trent Bridge.