Jabeur, Bencic to square off for Charleston Open title 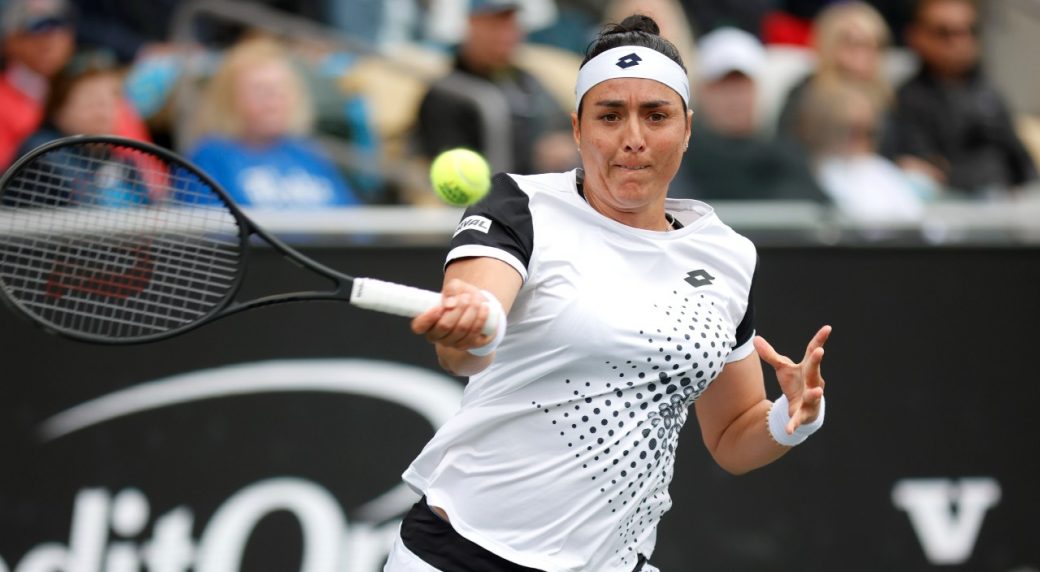 No. 4 seed Ons Jabeur continued her run of success the past two years at the Credit One Charleston Open, overcoming Amanda Anisimova 2-6, 6-1, 6-4 on Saturday to reach the championship.

For Jabeur, it was just more good play on the green clay surface at Charleston. She reached the semifinals of this event last year. A week later in a second tournament at the facility, Jabeur got a step further before losing in the final.

Now, Jabeur has another chance of gaining her first win here and her second on the WTA tour.

“I was ready for this,” Jabeur said of Anisimova’s forceful style. “Kind of slow a little bit at the beginning, but I’m glad I didn’t let it slip away from me.”

Jabeur had breezed through her first three matches without dropping a set. But Anisimova, the 20-year-old seeded 15th, pounced quickly on Jabeur’s mistakes to grab the first set. After Jabeur roared back to take the second set, Anisimova opened a 3-1 lead in the decider.

Once more, Jabeur dug in to win five of the last six games and move forward. Jabeur and Bencic have only played once, the Swiss woman winning last year on the red clay of Madrid when Jabeur retired in the second set.

“I think it’s going to be an interesting match,” Jabeur said. “She plays kind of the same style as (Anisimova), you know hits hard. So I’ve got to say I got ready from the three sets today and hopefully, I can start good tomorrow.”

In Charleston, Bencic, ran off to a 4-1 lead, but Alexandrova won the next three games to tie things. That’s when Bencic called on her steady serve and solid groundstrokes to close out the set, breaking Alexandrova’s serve to grab the lead before holding serve to end it.

Bencic won the final three games of the second to close out the match. She closed it with her fifth ace to reach her 14th WTA final. Bencic will look for her sixth career tour title.

Bencic said she started well and was surprised that Alexandrova tied it.

“I didn’t think I did anything wrong and it was 4-4,” Bencic said. “I mean, it was easier for me to accept that more than if I would do something wrong. So I was just like, ‘OK, I’m just going to keep going.'”

It hasn’t been an easy path to the finals for Bencic at the year’s opening clay-court event. She was two points away from elimination by China’s Xiyu Wang in her first match here before winning a second-set tiebreak and rallying for a three-set victory.

Bencic lost the first set to No. 2 Paula Badosa of Spain in the quarterfinals and again used a second-set tiebreak win on the way to her first victory over Badosa in four tries.

Bencic feels comfortable and confident heading to the finals, planning on a good dinner and a good rest. “I think it’s not going to be worse than before the Olympic final,” she said. “That was a sleepless night.”

Retired Barty to start new chapter with series of children’s books
‘Past few months have been mentally and emotionally difficult for me,’ admits Novak Djokovic ahead of Monte Carlo return