It’s final, Lionel Messi is now a PSG player, Argentinian to get $40 Million per annum salary 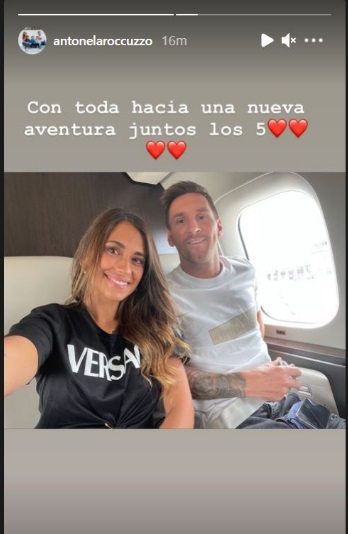 Lionel Messi to Paris Saint-Germain is still not a sealed deal. According to the information available, Messi at this stage is still in Barcelona even though Parisians flocked to the airport and club premises in Paris waiting for Messi. –

What the reports in Spain & France are claiming? Earlier few reports suggested that GOAT will reach Paris for his medical on Monday with his unveiling set for Tuesday, August 10. The reports further suggested as PSG did for Neymar Jr, they have reportedly booked the Eiffel Tower for former Barcelona captain Messi’s unveiling.

✈️ Lionel Messi arriving to catch his flight to Paris to complete his move to PSG pic.twitter.com/tcLgeDhryD

@17:41 PM: Lionel Messi’s wife Antonella Roccuzzo confirms on her Instagram story, the family of five is off to a new adventure.

@17:30 PM: Messi appears happy with his wife Antonella. The couple is flying to Paris to sign with PSG.

…and here’s Leo Messi on the plane together with his wife Antonela, rumbo a Paris. Time to have medical and sign as new PSG player. ✈️🇫🇷 #Messi #PSG