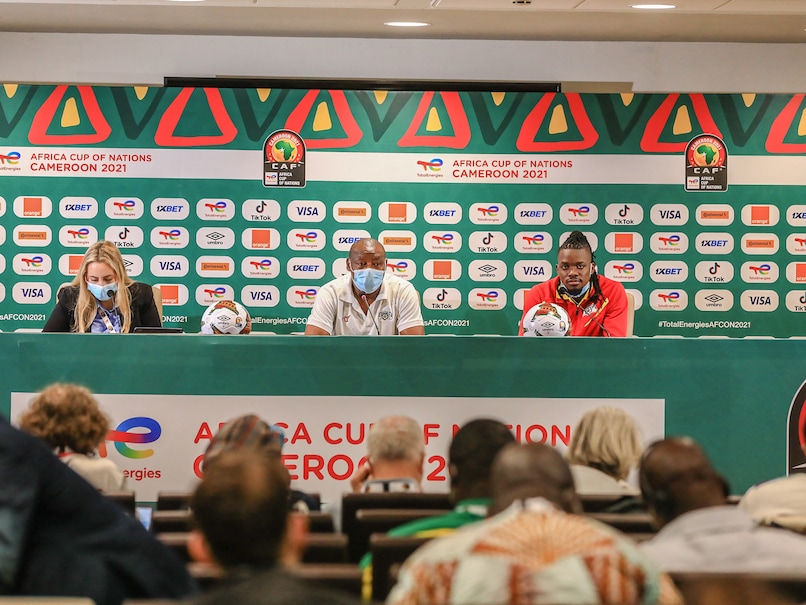 Burkina Faso captain Bertrand Traore has deplored as “a scandal” coronavirus testing procedures at the Africa Cup of Nations after up to five players and coach Kamou Malo tested positive in the run-up to Sunday’s opener against hosts Cameroon. The Aston Villa forward told a press conference in Yaounde on Saturday: “It’s a scandal, we cannot be deprived of first team players 24 hours before the match.” Assistant coach Firmin Sanou, standing in for Malo, said: “We have four or five Covid cases, mainly first team players, we’re not going to name names.”

“It calls everything into question, but we have confidence in the players who will replace them,” continued Sanou, who hit out at the organisation with two different medical teams arriving to test the team.

“Yesterday morning (Friday) a medical team showed up at our hotel for tests, when we tried to understand who had sent them, the CAF (African Football Confederation) clearly told us that they hadn’t sent them so we refused to do the tests,” said Sanou.

“Another team arrived at 10 p.m., apparently the CAF team, we carried out the tests which informed us of 4 to 5 cases of Covid.

“I say 4 or 5 because they say that our first player tested did not carry out the test … ” he continued.

The Burkinabè delegation are disputing the fact that the tests were not PCR tests, which must be carried out 48 hours before the match, and have requested a second opinion.

Traore said: “The authorities must review the organisation. We cannot accept this decision. We can redo tests of our positive players.”