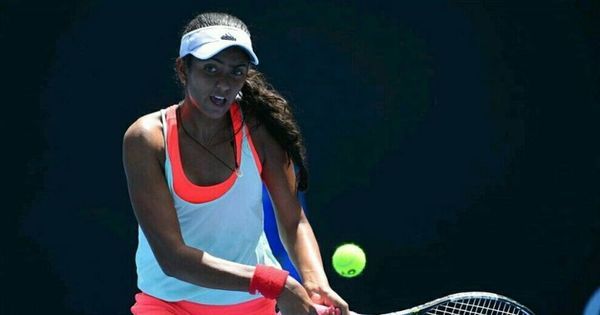 It will be a bright chance for the Indian players headed by national champion Zeel Desai to gather useful WTA points in the ITF women’s tennis circuit starting at the Joygaon Academy on Tuesday.

The four-week series will move from the clay courts of Jhajjar, to the hard courts in Gurugram, Ahmedabad and Nagpur.

Top seed Zeel conceded that she was playing on clay after a long time, but was looking forward to “competing at home’’.

“The preparation has been good. I am looking forward to doing well over the next four weeks’’, said Zeel, who will open against qualifier Anjali Rathi.

Anna Ureke of Russia and Punnin Kovapitukted of Thailand, the second and third seeds, apart from Elena Jamshidi of Denmark, will try to assert their game ahead of the flock of Indian players.

In the qualifying event, the Indian players grabbed all the six slots, ahead of playes from Australia and US, with Sandeepti Singh Rao standing out with her performance. Ishwari Matere and Anjali Rathi won the super tie-break in the third and final round to make the cut.

With the warmth of the weather improving, there should be bright tennis this week on clay, a surface that will scrutinise the technique of the players.