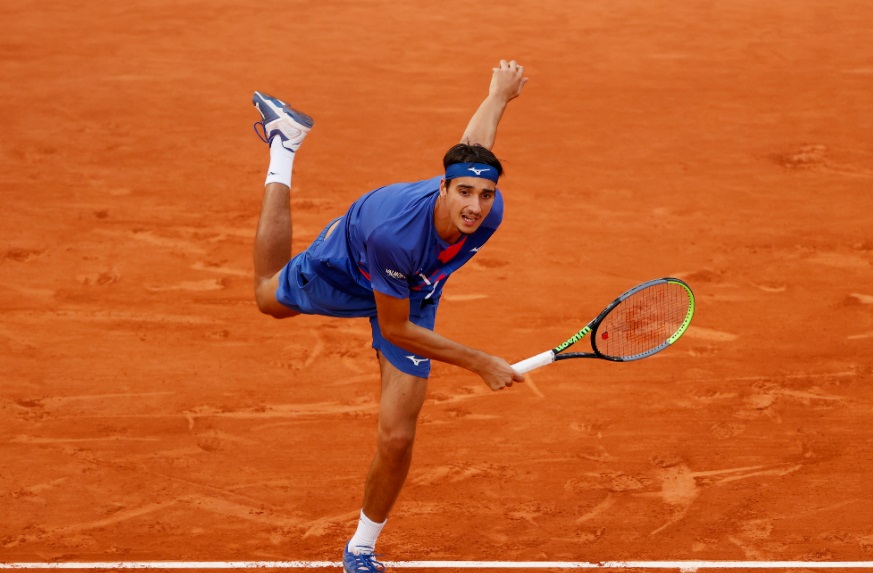 In a battle filled with twists and turns, home hopeful Lorenzo Sonego pulled away from second-seeded Taylor Fritz in the deciding set to deny the American, 6-4, 5-7, 6-1, in more than two and a half hours on Saturday at the Sardegna Open in Cagliari.

Sonego is bidding to become the first Italian in 15 years to lift an ATP clay-court trophy on home soil. Out of the seven Italians who had entered the event, Sonego is the last man standing.

The No. 3 seed was up a set and 3-0 before Fritz, who had just defeated Sonego in Doha a month ago, rallied to erase the deficit and take the second set. The third set was a one-way traffic as the 25-year-old won six of the final seven games.

In his first ever clay-court final, Sonego will play Laslo Djere, who needed just 52 minutes to dismiss fourth-seeded Nikoloz Basilashvili, 6-2, 6-0, earlier on Saturday. The 25-year-old Serb is looking for his third career ATP title, his first this season. This will be Sonego and Djere’s third career meeting, having split the first two.

On the doubles front, Sonego and Andrea Vavassori defeated second seeds Simone Bolelli and Andres Molteni, 6-3, 6-4, to capture the Sardegna Open trophy. Sonego and Vavassori become the first Italians to win a tour-level doubles crown on home soil since 2005.